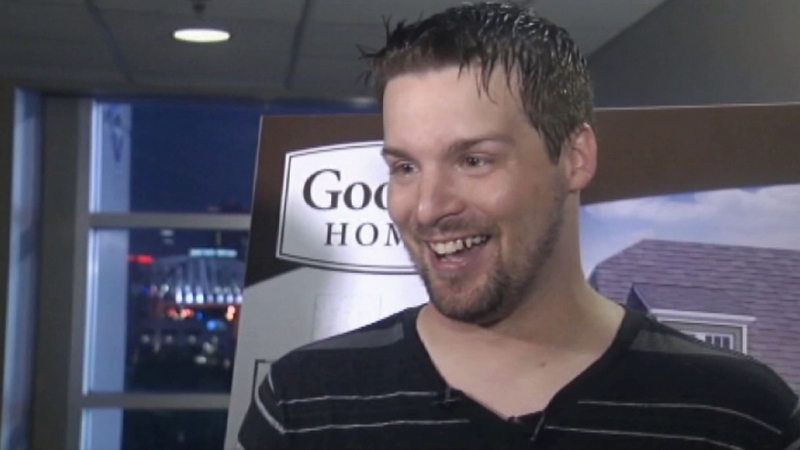 HENDERSONVILLE, Tenn. (KABC) -- A veteran wounded in Afghanistan received the surprise of a lifetime at a Tennessee Titans game: A new home.

Sgt. 1st Class Joseph James was deployed to Iraq and Afghanistan four times. On his final tour, his Humvee was hit by two IEDs, and he lost both of his legs.

After he recovered, he went on to compete in sporting events and became an inspiration for disabled athletes.

Thursday night, James was invited on to the field at a Tennessee Titans game. He was only told he would receive the game ball. He had no idea he'd be surprised with a brand new, mortgage-free home.

"I wasn't ready for that. It appears this has been going on for months. Everybody knew but me, I guess. I don't even know how to put to words how much of a blessing this is for my family," said James.

Operation Finally Home, a non-profit, teamed up with Nashville-area Goodall Homes to build the home.

James and his wife have two daughters and another girl on the way, so the home couldn't come at a better time.