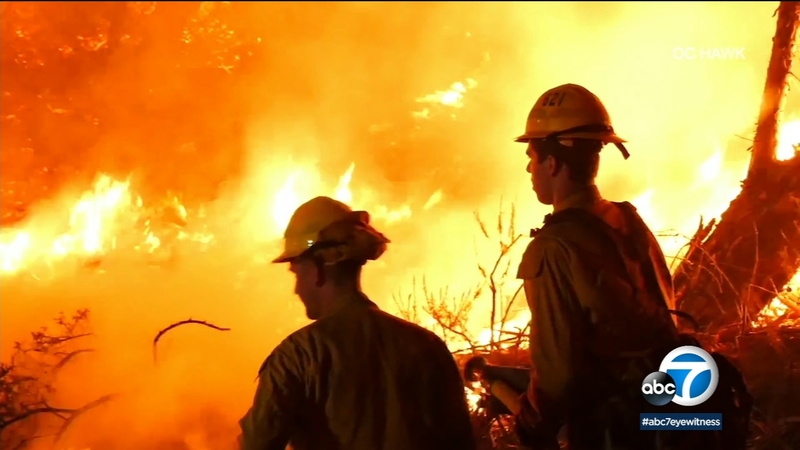 The fire began Monday afternoon near the Alisal Reservoir and now covers approximately 13,400 acres, fire officials said. It was 5% contained as of Tuesday evening, according to the county fire department.

The flames are threatening as many as 120 structures, officials said.

"The fire is burning in dense chaparral and is being pushed by strong winds and growing at a rapid rate of speed," said a report on InciWeb, a clearinghouse for wildfire information in the US.

Winds in the area were recorded at 30-35 mph, with gusts up to 70 mph. "Hopefully, lesser winds will allow air support to work the fire today," said Mike Eliason, spokesman for the Santa Barbara County Fire Department.

A female mountain lion rescued in Monrovia last year after being injured in the Bobcat Fire and subsequently returned to the wild has been found dead.

The blustery conditions forced all aircraft crews assigned to the fire to remain grounded due to unsafe flying conditions, fire officials said.

The flames also prompted the closure of a portion of Highway 101, according to the Santa Barbara County Sheriff's Office.

About 600 crew members are assisting the firefighting efforts, according to the Fire Department.

The Alisal Fire comes as California is grappling with a devastating fire season, including nine active major fires, according to the National Interagency Fire Center.

The largest is the massive Dixie Fire, which has consumed nearly a million acres since it sparked on July 13. That fire is now 94% contained.

Overall, the state has witnessed 7,883 fires this year, which have scorched nearly 2.5 million acres, according to Cal Fire.