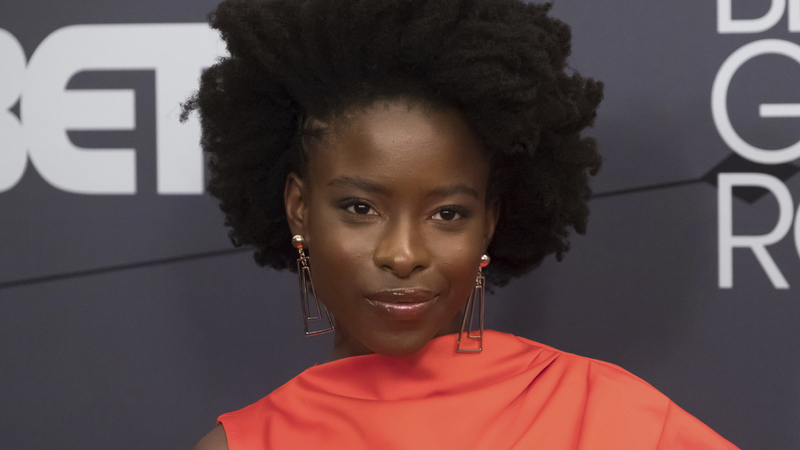 But she left a lasting impression on the former first lady, so much so that Obama interviewed Gorman, the first National Youth Poet Laureate, for her cover story in the upcoming issue of Time magazine.

In a wide-ranging conversation, the two discussed how to make poetry "cool," experiencing impostor syndrome as Black women at the peak of their powers and the sudden spotlight both fell into -- Obama in 2007, when her husband announced his presidential campaign, and Gorman in January, when millions of Americans watched her assuredly deliver her poem, "The Hill We Climb."

Obama gushed to Gorman about how "proud" the poet's Inauguration Day performance made her.

"You've always had so much poise and grace, but seeing you address the whole country like that, I couldn't help thinking to myself: Well, this girl has grown all the way up," Obama said. "It made me so happy."

In another nod to "Hamilton" scribe Lin-Manuel Miranda, whom she referenced in an interview with Anderson Cooper, Gorman said the mantra she recites ahead of her performances was inspired by Miranda's lyrics from the film "Moana."

"I really wanted something that I could repeat because I get so terrified whenever I perform," she said. "So my mantra is: 'I'm the daughter of Black writers who are descended from Freedom Fighters who broke their chains and changed the world. They call me.'"

And she took inspiration, too, from Obama's speech at the 2016 Democratic National Convention, where she said, "I wake up every morning in a house that was built by slaves."

When Obama asked Gorman if she had advice for young Black girls to "earn their way into the spotlight," the poet said that while she's still learning how to navigate fame and media scrutiny, she's focusing on the "big picture."

"You really have to crown yourself with the belief that what I'm about and what I'm here for is way beyond this moment," Gorman said. "I'm learning that I am not lightning that strikes once. I am the hurricane that comes every single year, and you can expect to see me again soon."