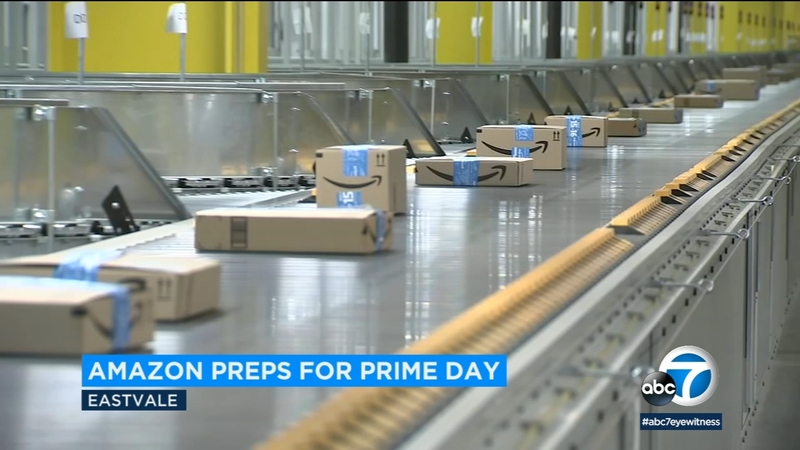 EASTVALE, Calif. (KABC) -- Amazon's fulfillment center in Eastvale is one of 16 in the Inland Empire filling orders from around the globe. Next week, its operations at those facilities is expected to be kicked up a notch -- thanks to Prime Day.

"Since July of 2018, Prime Day was our biggest sales day for Amazon. We are expecting 2019 to be the same or bigger," said Amazon spokeswoman Eileen Hards.

In 2015, the online retail giant launched Prime Day to mark the company's 20th anniversary by offering a day of big discounts on many of its items.

"We have over a million deals available across Amazon.com for things like furniture, TVs, smart devices, groceries and clothing," said Hards.

For 48 hours starting at midnight on July 15, the discounts will be posted on Amazon's site, but the deals are exclusively for Prime members.