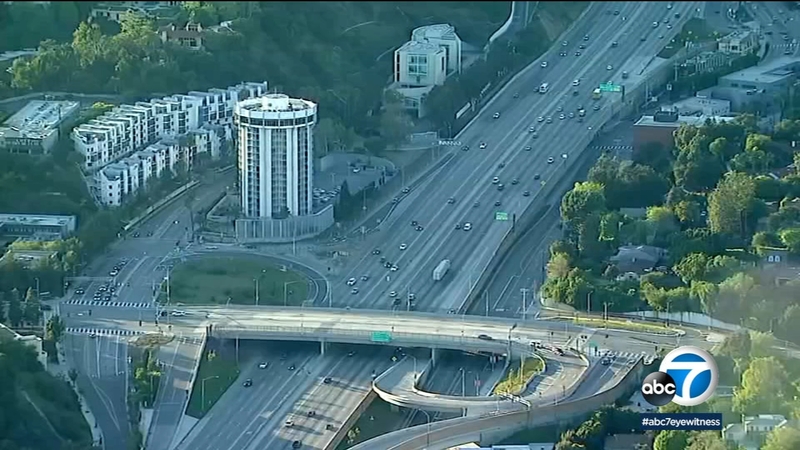 LOS ANGELES, Calif. (KABC) -- The American Lung Association's 2022 State of the Air report, finds that more than 40% of Americans, which is more than 137 million people, are living in places with unhealthy levels of air pollution.

The report also states that people of color are 3.6 times more likely to live in a county with failing pollution grades.

"t's the really, really fine particles that get past those defense systems, and they get deep into the lungs and eventually actually into the blood stream," said Michael Benjamin, Chief of the California Air Resources Board's Air Quality Planning and Science Division. 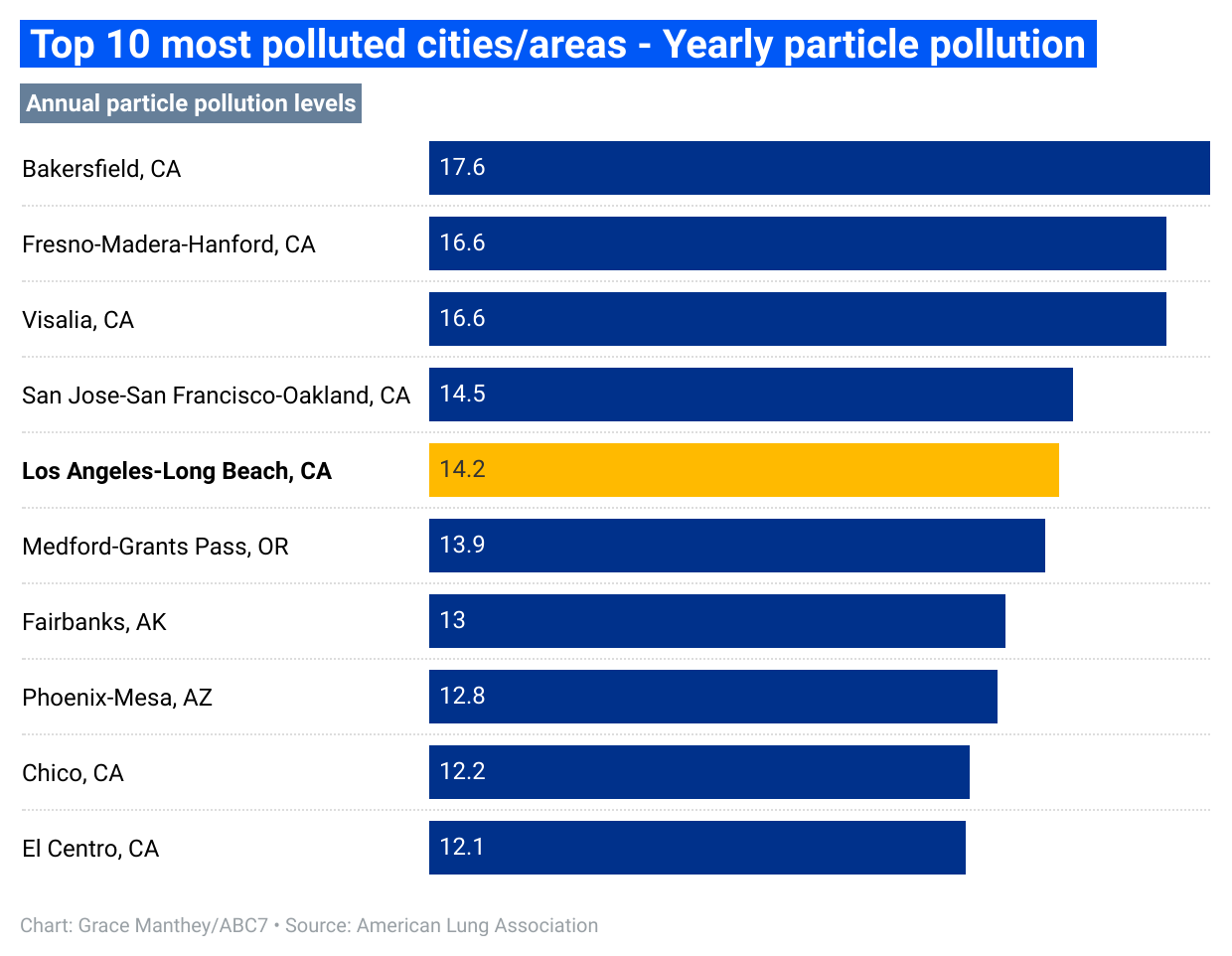 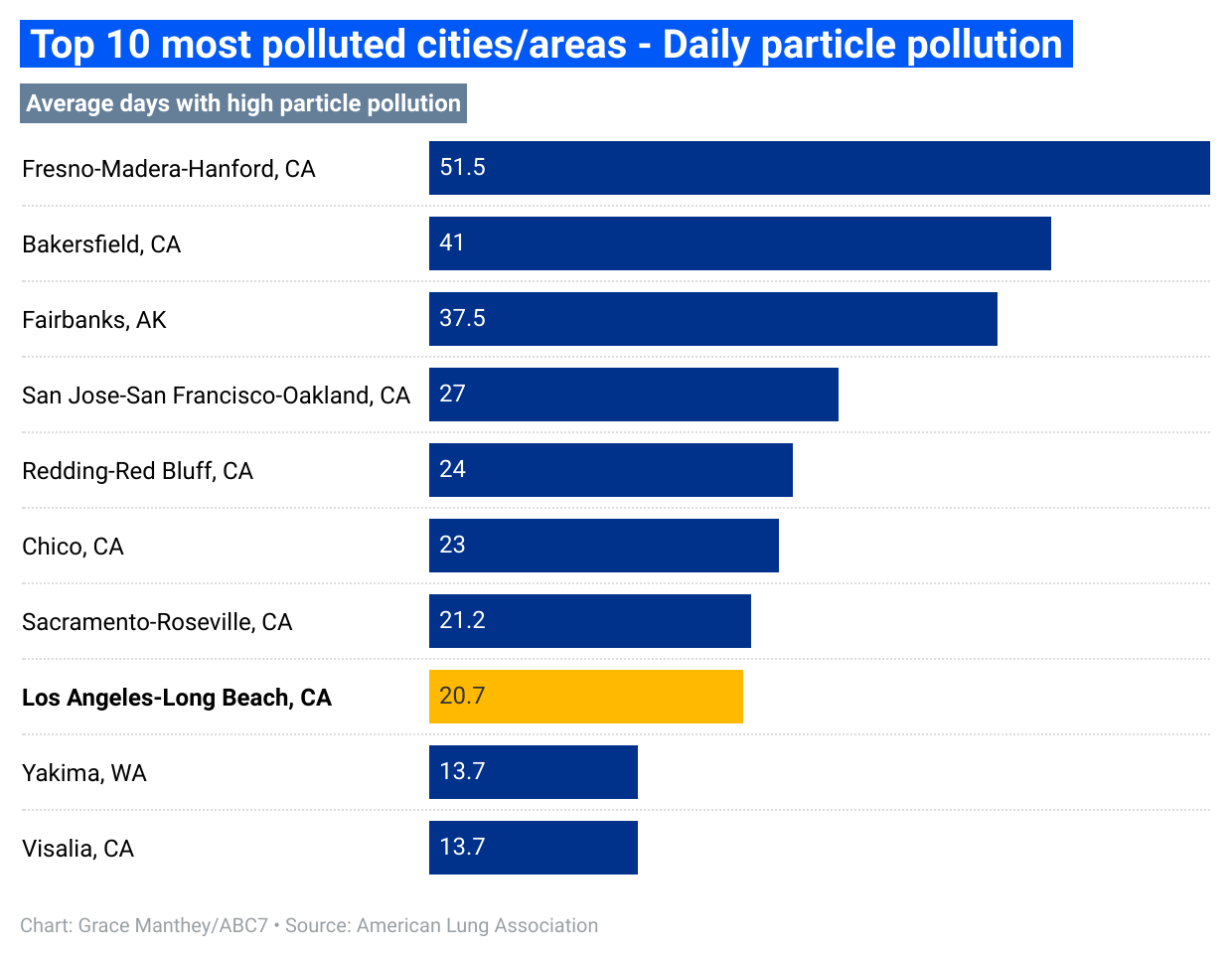 Locally, the report found that the greater Los Angeles area, including L.A., Orange and Ventura counties, as well as the Inland Empire, had the No. 1 worst pollution when it came to ozone out of more than 200 areas. 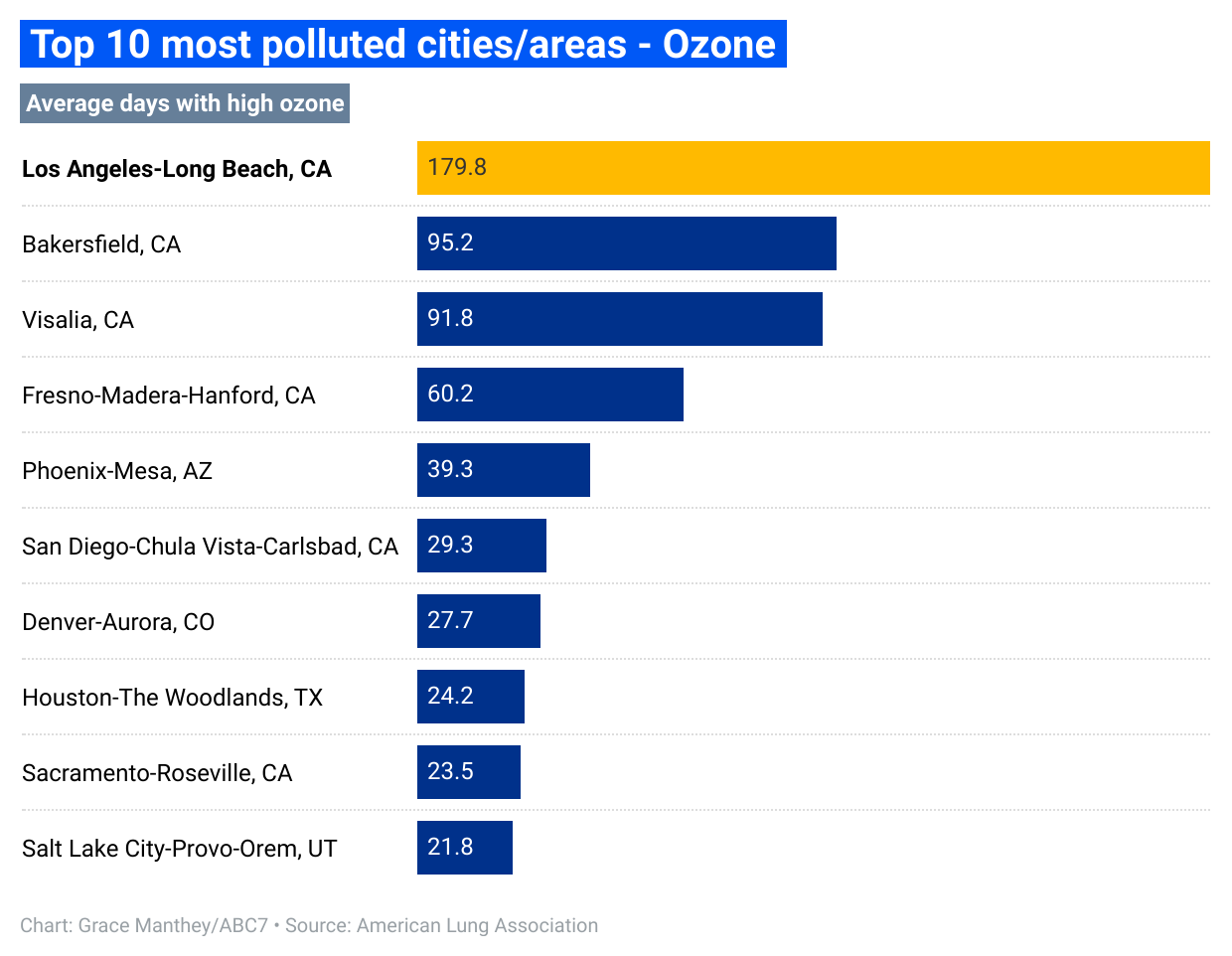 Ozone pollution happens when two different gases react with each other in sunlight. One gas is from transportation like trucks, planes, and ships. The other comes from sources such as evaporation of gasoline.

When they mix in sun, they create ground level ozone.

"It causes lung damage, and that lung damage is a real problem especially for the elderly and young kids," said Benjamin.

The report shows the L.A. area has seen decreases in pollution since the early 2000s, but trends over the last few years have ether increased or remained the same.

Benjamin said California has been actively trying to reduce pollution through policies, but that you can help by choosing to use electric items and cars if you have the option.