Man who jumped from 7th floor of structure at Americana at Brand, landing on person, dies 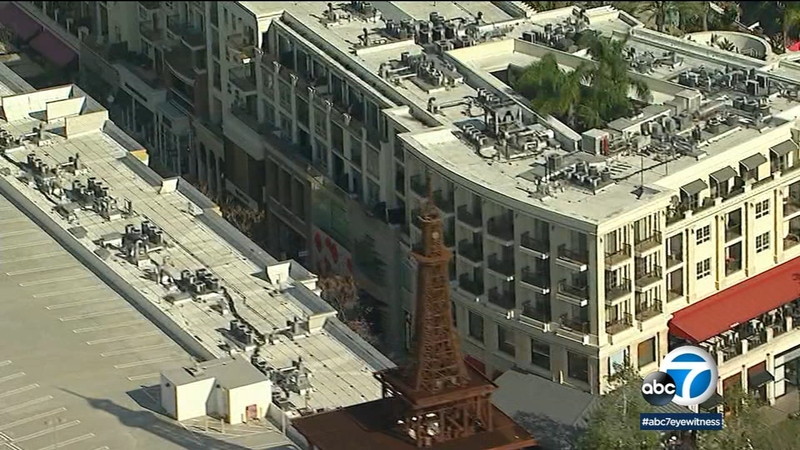 Person jumps from 7th floor of Americana at Brand, lands on man

GLENDALE, Calif. (KABC) -- A man who jumped from the 7th floor of a structure at the Americana at Brand in Glendale, landing on another man on the ground, has died, police say.

Glendale police said officers responded shortly after 2:30 p.m. Tuesday to the area of Broadway and Colorado Boulevard to investigate a report of an attempted suicide.

Police said one man jumped from the 7th floor and hit another man who was with a child.

Both men were transported to a nearby hospital. Glendale police later confirmed the jumper died from his injuries. The man on the ground and the child suffered minor injuries.

Central Avenue was closed between Broadway and Colorado Boulevard for the investigation. It was later reopened.

Central is closed between Broadway and Colorado due to police activity at the Americana. Please remain out of the area.

Rick J. Caruso, the owner and operator of the Americana, released the following statement on the incident: