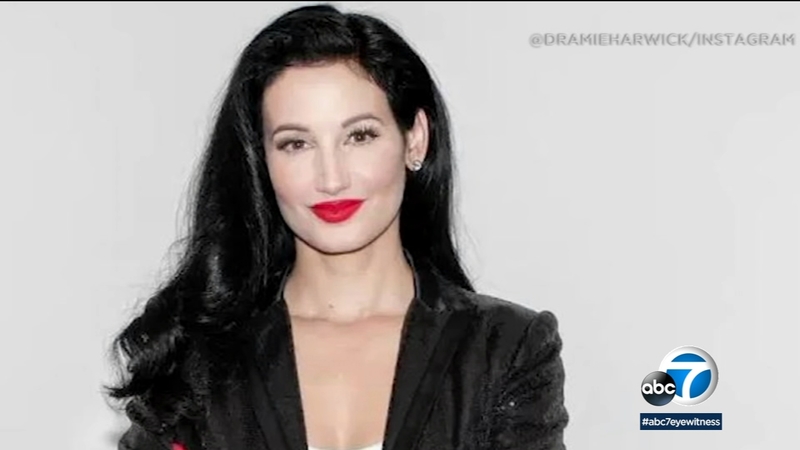 HOLLYWOOD HILLS, LOS ANGELES (KABC) -- A well-known sex and family therapist was killed at her Hollywood Hills home on Saturday, and her former boyfriend has been arrested on suspicion of murder, police said Sunday.

Dr. Amie Harwick was found on the ground beneath a third-story balcony with injuries consistent with a fall after Los Angeles police officers responded at approximately 1:16 a.m. to the 2000 block of Mound Street, according to the LAPD.

Gareth Pursehouse, 41, of Playa Del Rey, was arrested Saturday around 4:30 p.m. Detectives learned Harwick had previously filed a restraining order against him, but it had expired.

Police were initially called to the Hollywood Hills residence to investigate reports of a woman screaming. Officers were met in the street by Harwick's roommate, who said she was being assaulted inside her home. The roommate had jumped a wall and went to neighboring residences to call for help.

After police made entry, Harwick was found suffering grave injuries and unconscious after she had apparently fallen from a third-floor balcony, police said. She was transported to a local hospital, where she died from her injuries.

An investigation revealed possible evidence of a struggle upstairs and forced entry to the residence, police said. Evidence of a suspect entering and leaving the property after the murder was also found. Surveillance video led police to the suspect.

Pursehouse was arrested outside of a residence in the 8100 block of Cabora Drive in Playa Del Rey by members of an FBI-LAPD Fugitive Task Force. Pursehouse is being held on $2 million bail.

Detectives learned that the victim had "recently expressed fear" about her former boyfriend. Police said Harwick had seen Pursehouse two weeks ago.

Harwick was once engaged to actor and comedian Drew Carey. She used social media to talk about her work as a therapist. In a recent Facebook post, she recommended a book called "Stay Sexy and Don't Get Murdered."

On Monday, Carey posted a video on Twitter of him with Harwick, and a message.

I hope you’re lucky enough to have someone in your life that loves as much as she did. pic.twitter.com/xMkQIwR6d6

"The Price is Right," which Carey hosts, has canceled its tapings for the week. Carey issued an additional statement:

"Amie and I had a love that people are lucky to have once in a lifetime. She was a positive force in the world, a tireless and unapologetic champion for women, and passionate about her work as a therapist. I am overcome with grief. I would like to thank you in advance for giving myself and everyone who loved Amie privacy while we try to work through this tragic situation."

Jose Lopez, a friend and resident of Harwick's neighborhood, said: "She's just an amazing person, an amazing woman. She's strong, intelligent, beautiful. A great friend. She didn't deserve to go out the way she did."

The investigation is ongoing and the case will be presented to the District Attorney's Office for filing on Wednesday.