Hundreds of firefighters on Tuesday continued to battle the Canyon Fire, which forced the evacuation of hundreds of homes. The blaze was 15 percent contained.

CORONA, Calif. (KABC) -- Hundreds of firefighters on Tuesday continued to battle a 2,000-acre brush fire that forced the evacuation of hundreds of homes as it raged near the border of Anaheim and Corona. The blaze was 15 percent contained.

The fire, which was dubbed the Canyon Fire, is burning in an area that straddles Orange and Riverside counties. The quick-moving blaze originated about 1 p.m. Monday near the eastbound 91 Freeway at Coal Canyon Road.

There were no reports of injuries in the fire, which damaged one home and destroyed the trailer of a semi-truck, according to the Orange County Fire Authority.

The Riverside County Board of Supervisors declared a local emergency Tuesday for the Canyon Fire, which increases state and federal assistance in the firefight.

About 1,500 residents were under mandatory evacuation orders. Some were unsure if their homes would still be standing when they return.

One Corona resident, James Owen, thought he was going to lose his home as flames came dangerously close. At one point, the flames were lapping at his fence in the backyard.

"My heart was racing. I mean it wasn't something you would expect," he said. "All of a sudden you see a stream of water pouring in...there was a fire truck in the driveway."

Firefighters were able to stop the spread of the blaze and save not just Owen's home, but dozens of other homes in the neighborhoods. There were fire trucks in almost every driveway to protect the houses.

"All of a sudden there was fire right in front of my face, as I was evacuating," James Kim said. "I don't know what happened to my house or anything."

Facebook activated its "safety check" feature for users in the vicinity of the fire as a way to "check on friends or mark yourself safe," according to the social media platform.

About 1,650 firefighters were at the scene, attacking the wind-driven flames with hoses on the ground and water-drops from fixed-wing aircraft overhead. A unified command was composed of the Anaheim, Corona, and Los Angeles County fire departments, the OCFA, U.S. Forest Service and Cal Fire.

Resident Jeff Peterson said he saw "little mini tornadoes of embers going through the neighborhood -- and I'm not exactly dressed like a firefighter out here, so it was time to go."

Corona High School, at 1150 W. 10th St, was serving as a shelter for displaced residents.

Dominguez Ranch Road in Corona was closed to incoming traffic at Green River Road. By 7 p.m. Monday, evacuation orders were expanded to areas south of Green River Road from the 91 Freeway to Trudy Lane at Orchard Glen. 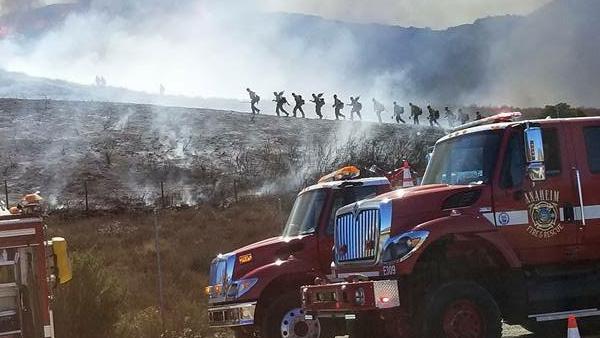 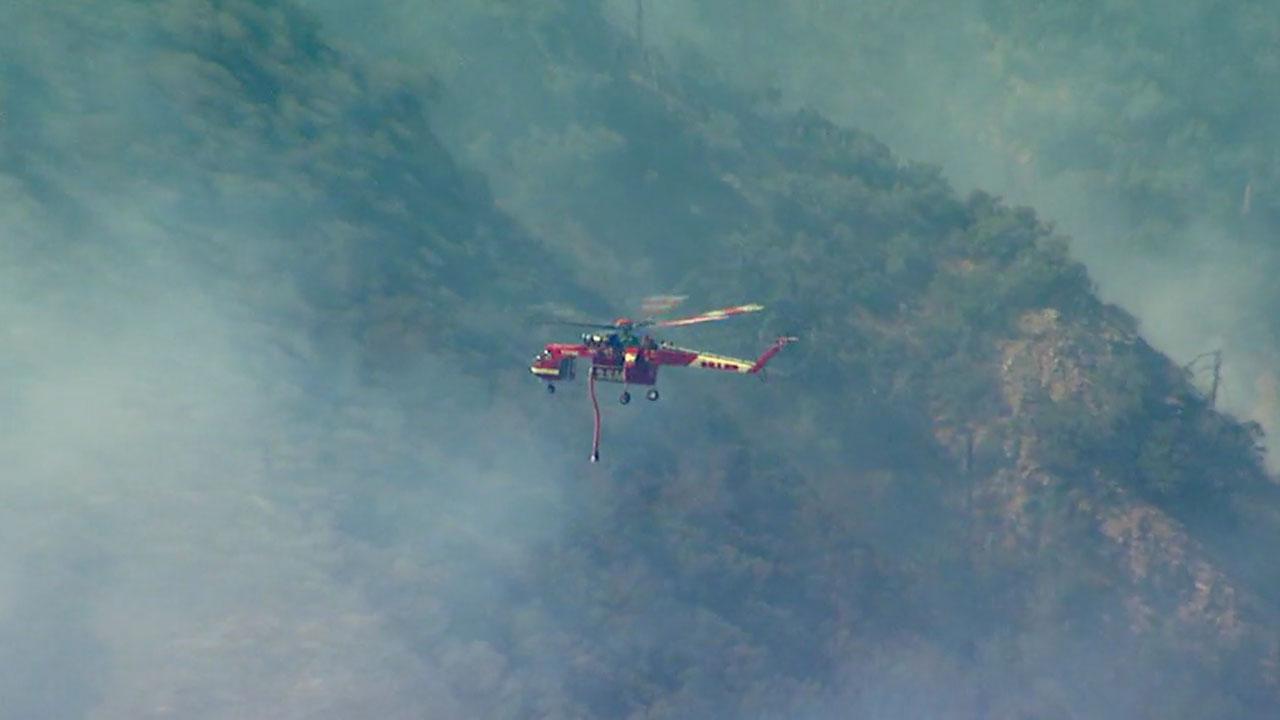 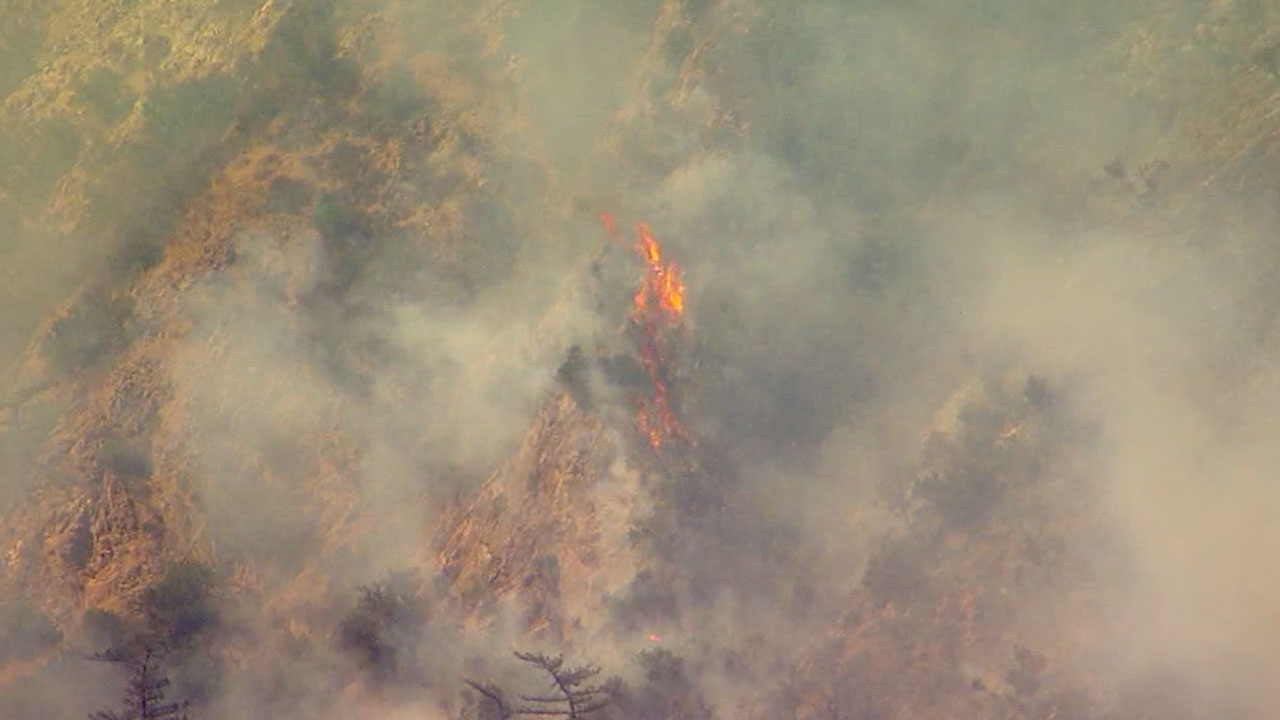 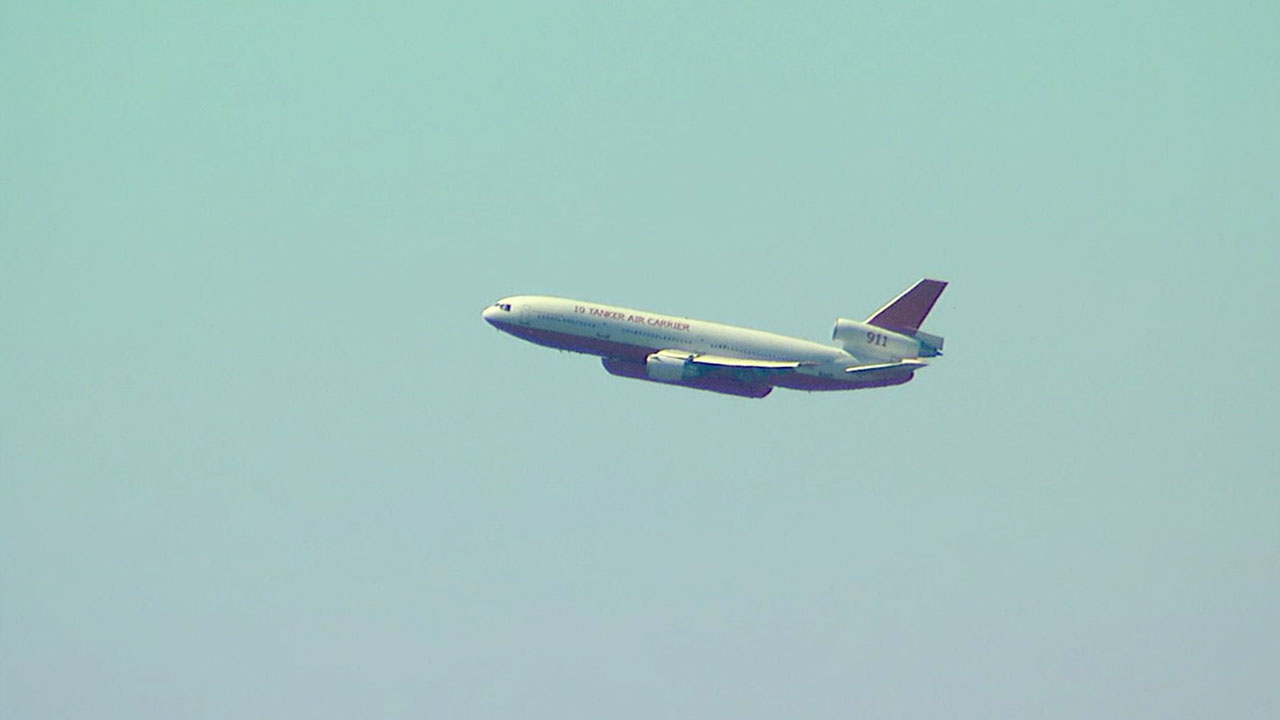 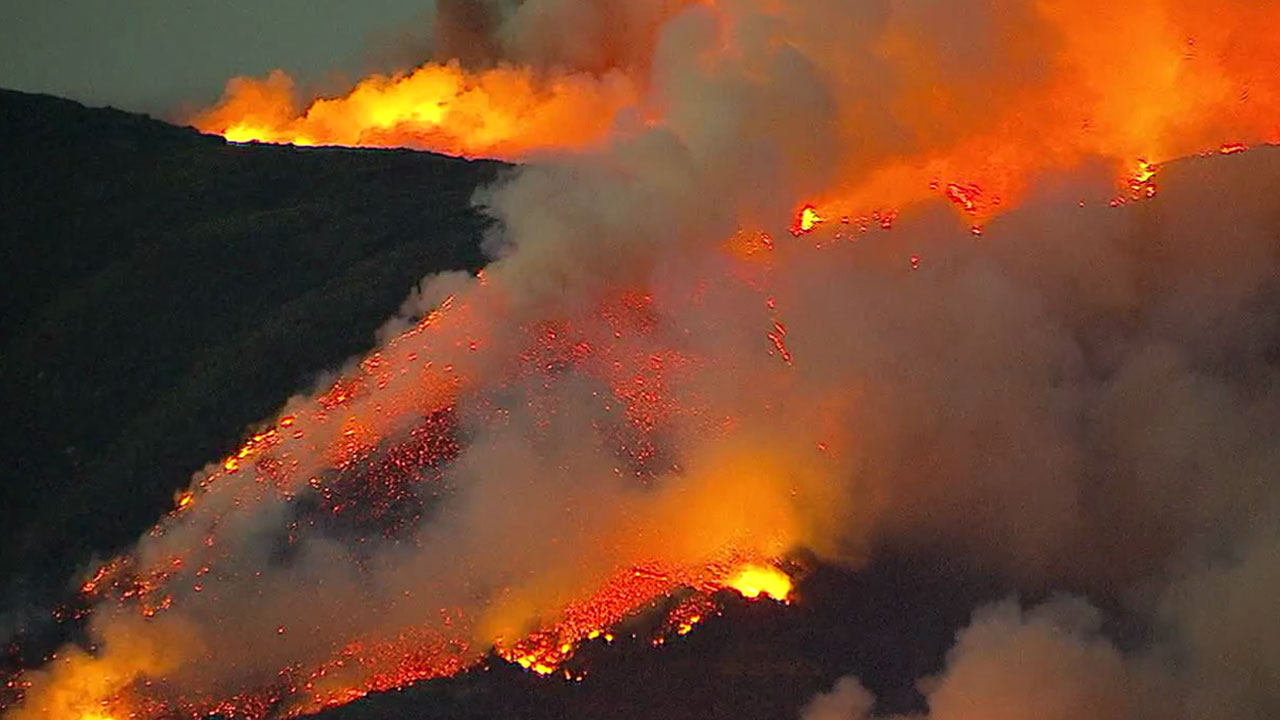 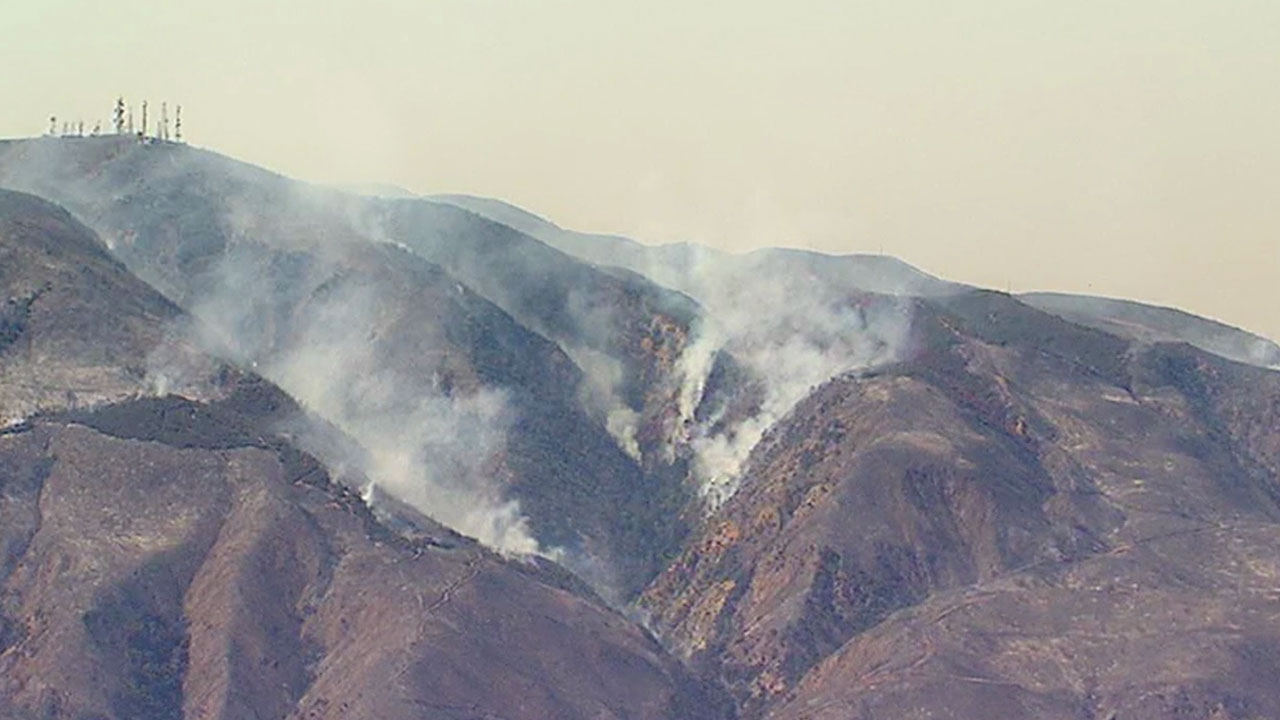 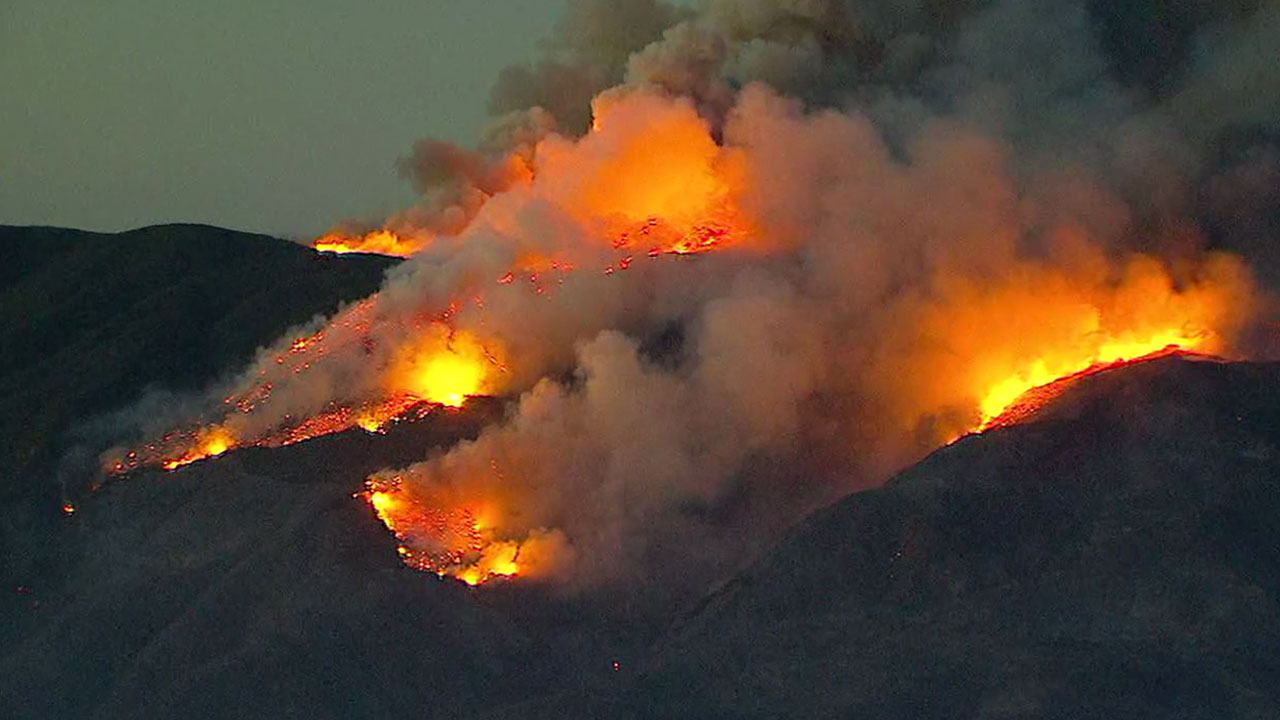 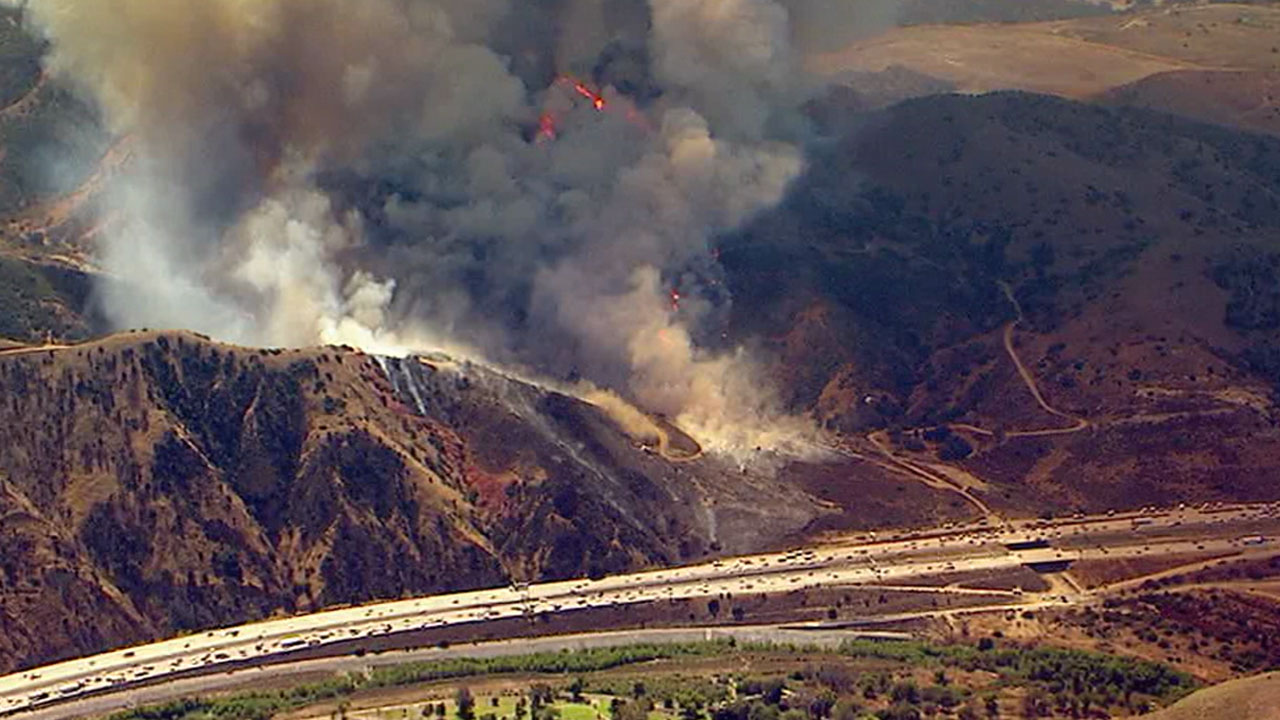 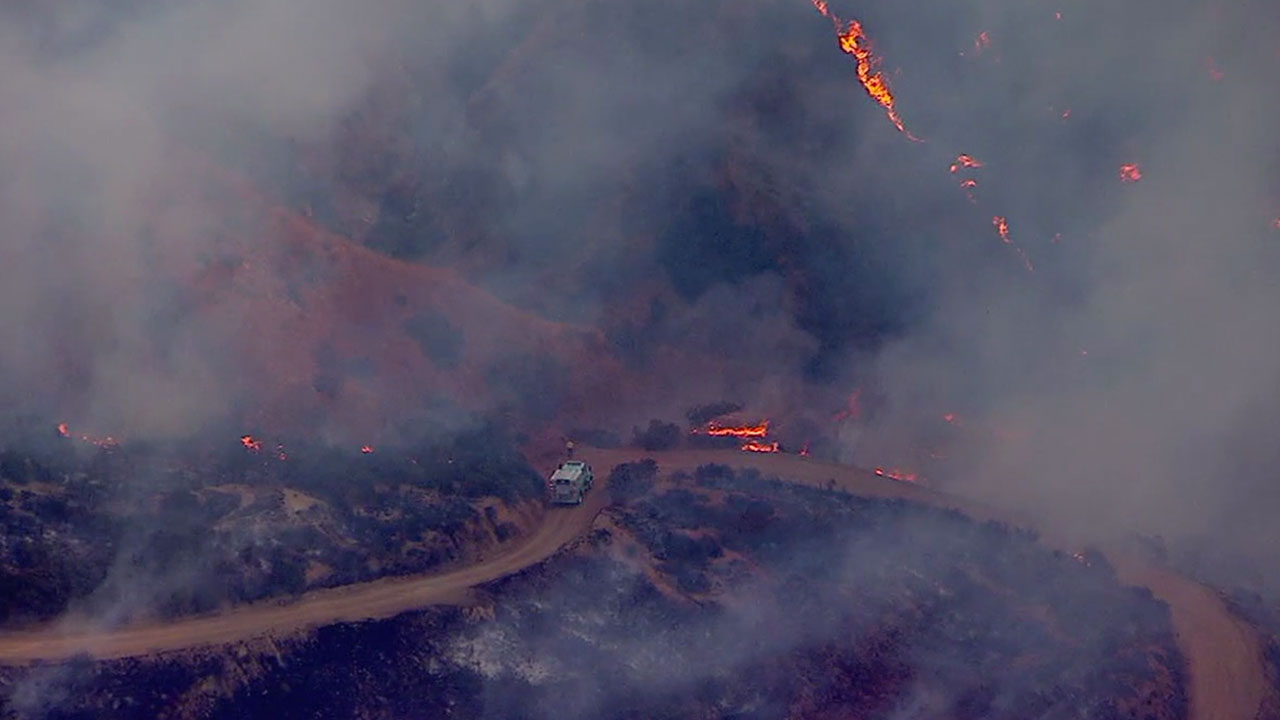 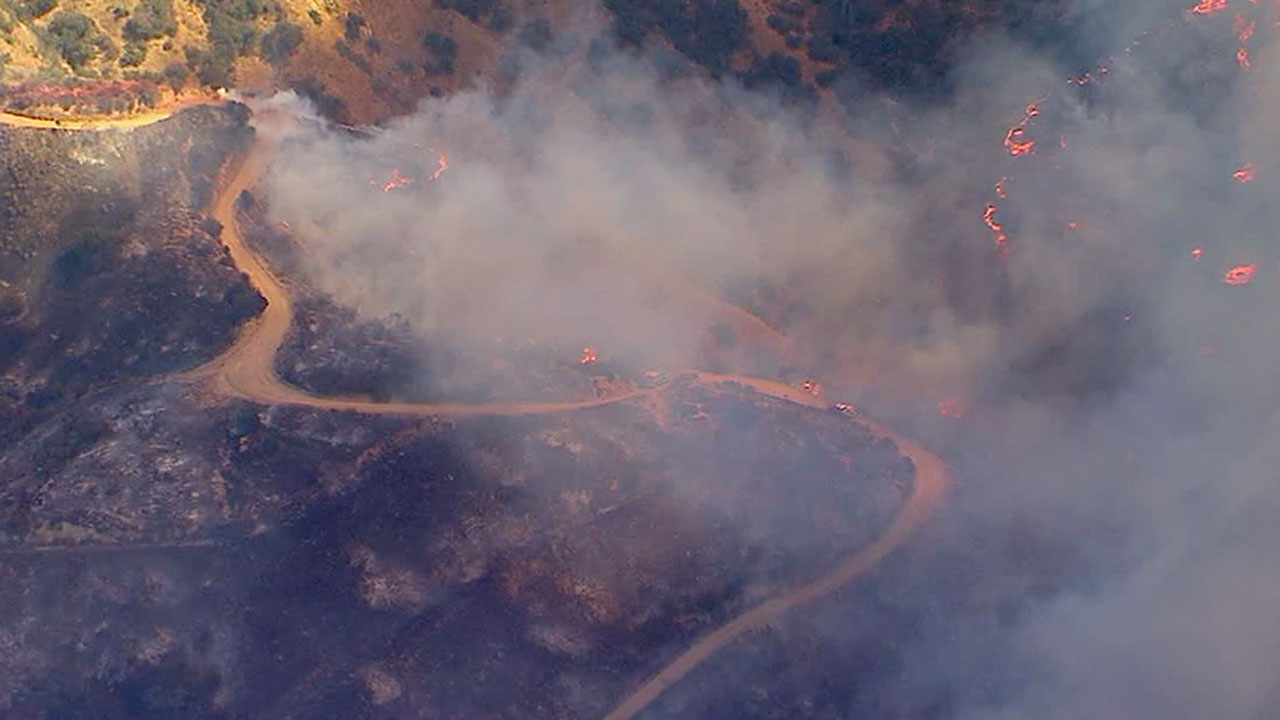 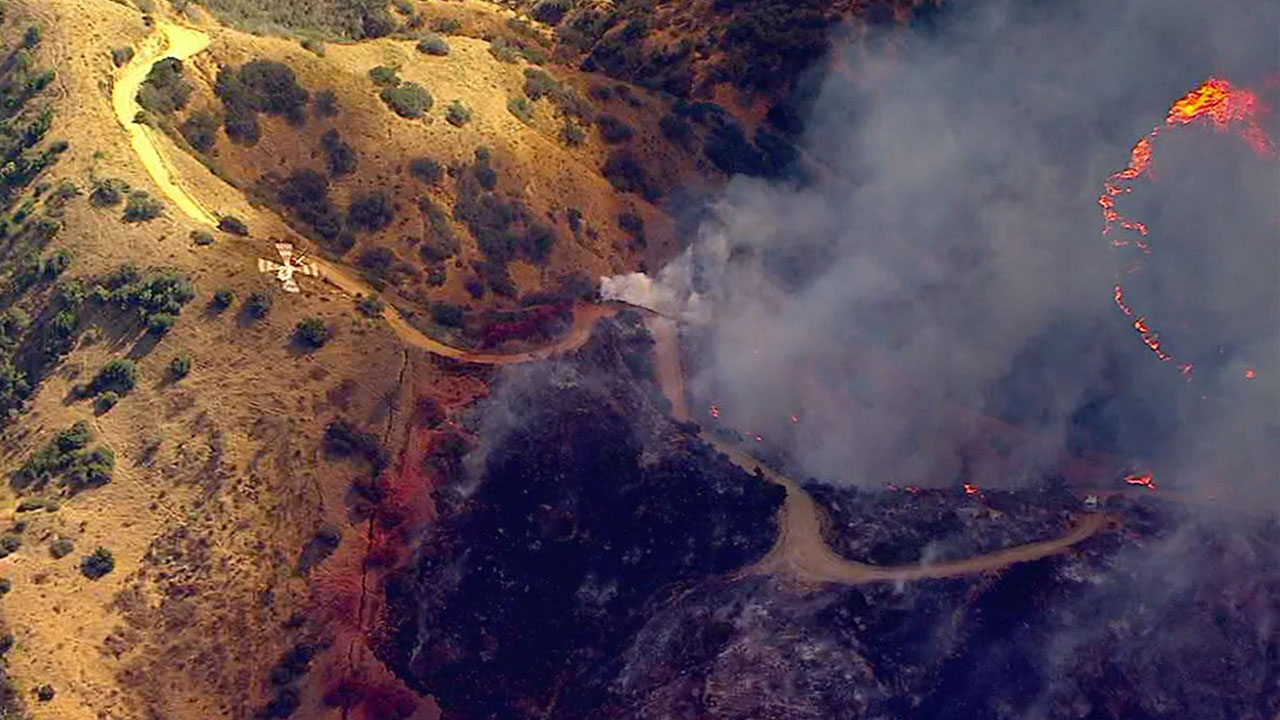 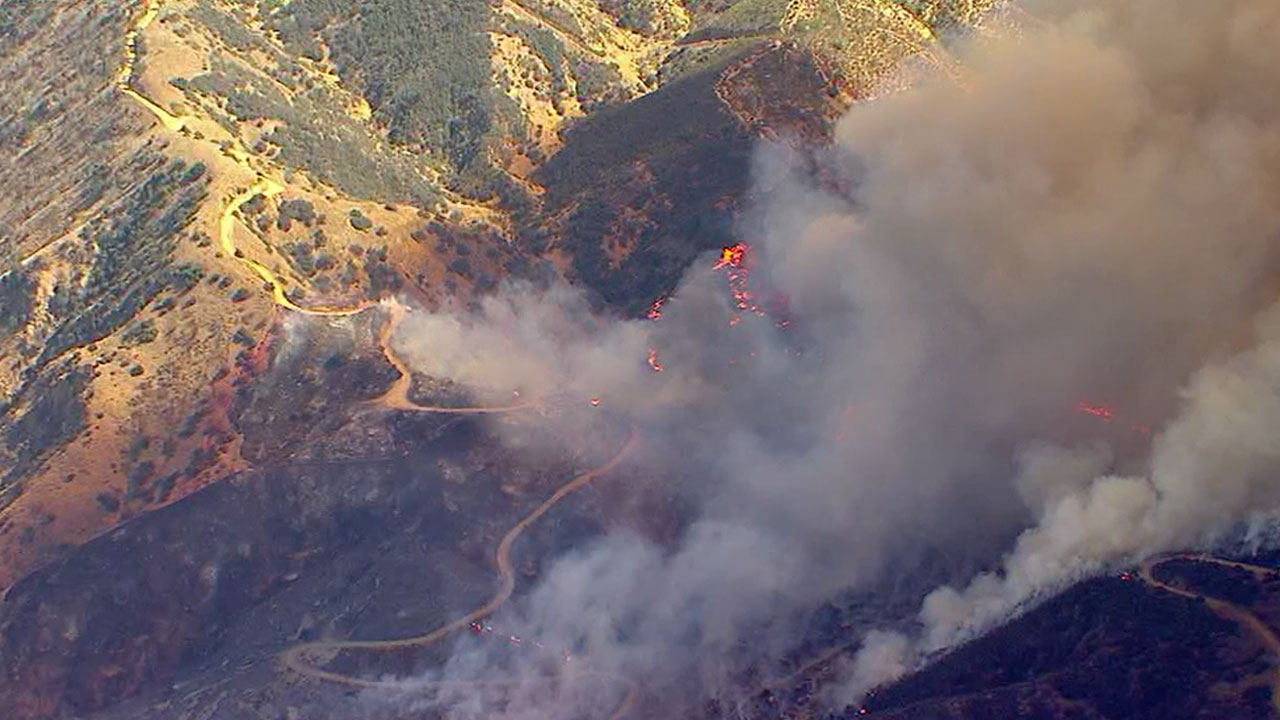 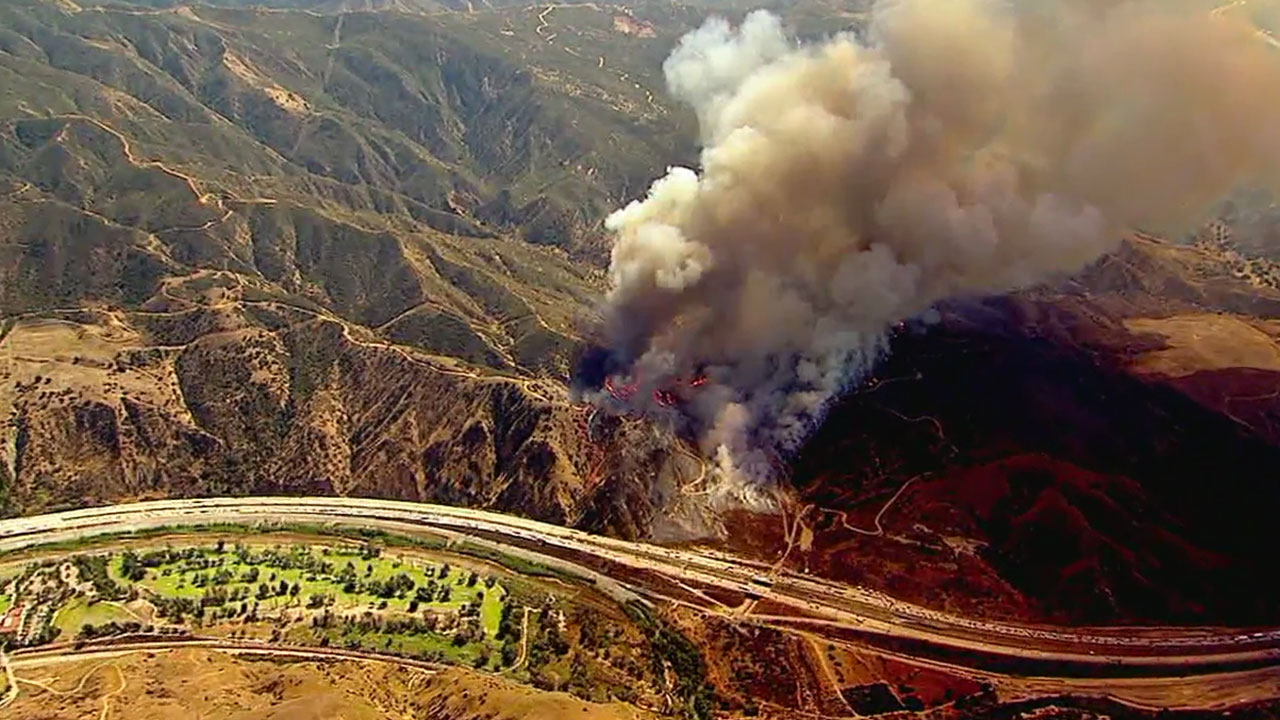 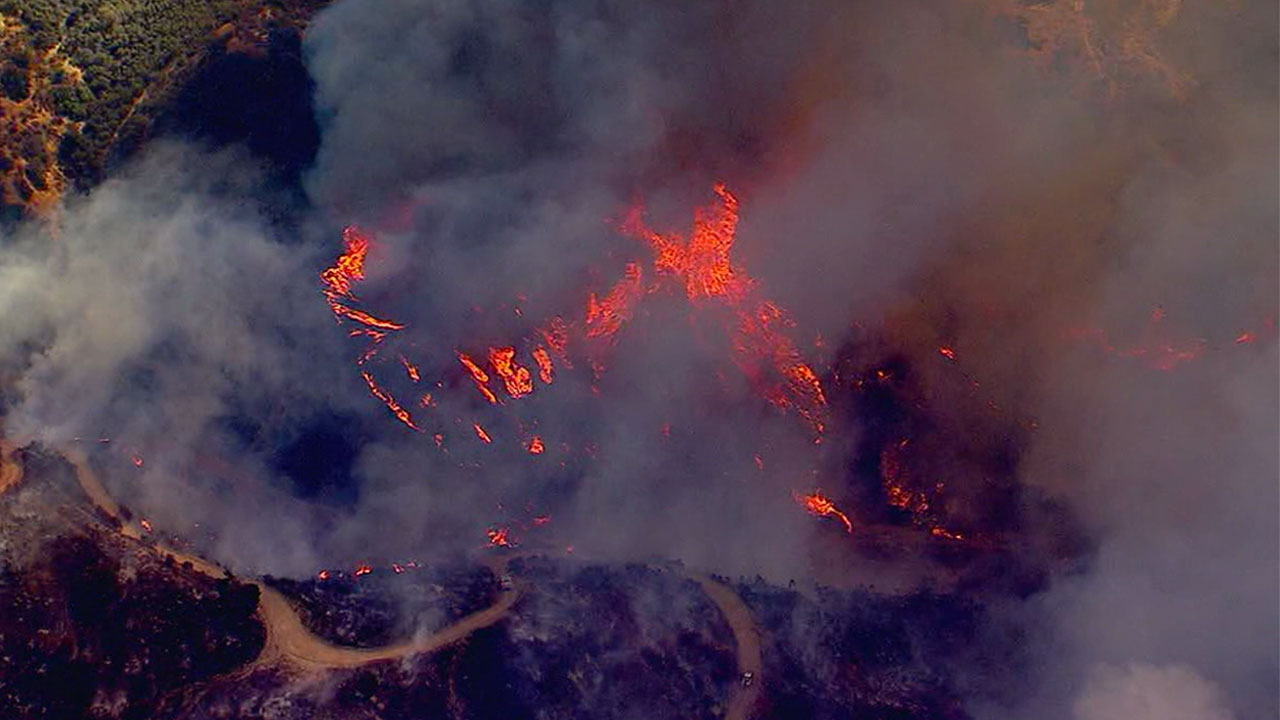 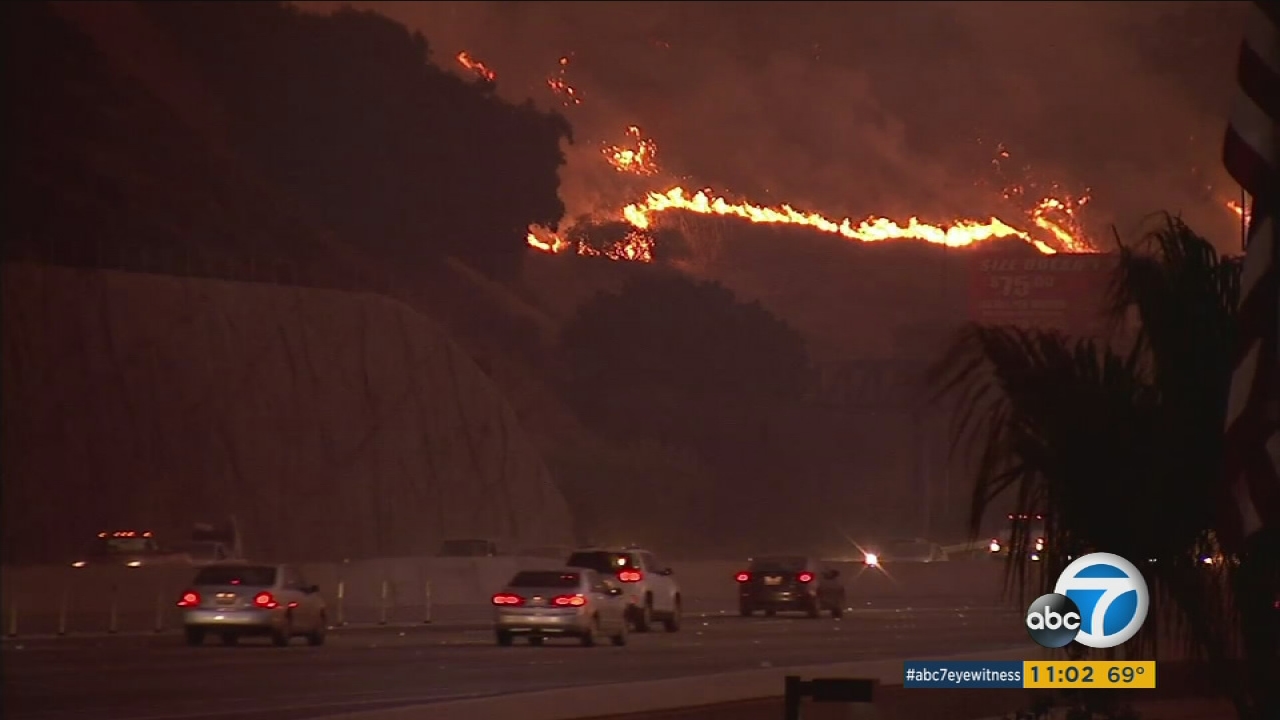