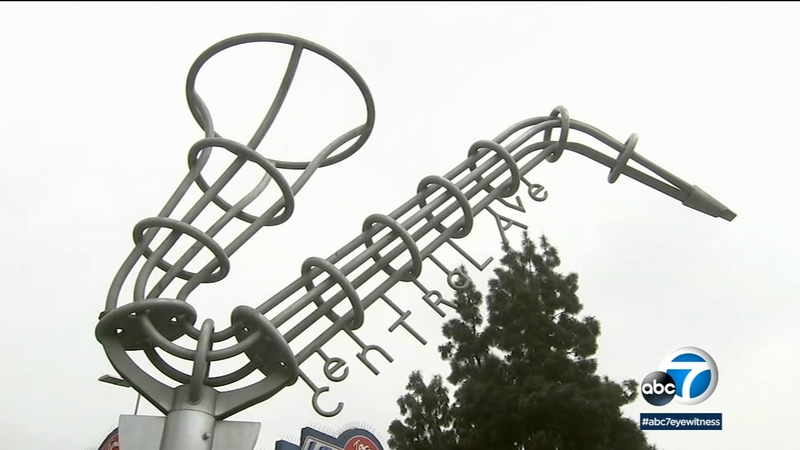 SOUTH LOS ANGELES (KABC) -- South Los Angeles resident Michael Harris says Central Avenue was the first place in California that Blacks could live and it was the base of the Black community.

In 1935 famed white comedian Jack Benny emceed a fundraiser at the theater, a benefit for the NAACP. Harris says it was known as the Black Mecca.

The city has been working to create the Angels Walk Los Angeles tour for over a decade. The 1.6-mile stretch of Central Avenue is filled with 15 different historical sites. The work creating the tour was completed a few weeks ago and includes the first YMCA west of the Mississippi allowing Blacks as customers. It was known as the "colored branch."

There's a pamphlet available for a self guided tour. It features a 1940s census data map titled "Distribution of Negros" primarily focusing on Central Avenue. Angels Walk co-director Tracey Lane says these stories needed to be told, of those who - despite racial injustice - built an incredibly strong and dynamic community.