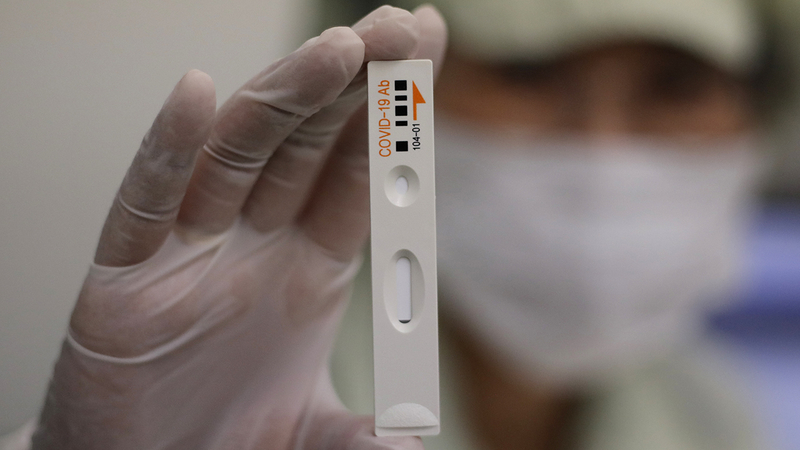 Studies have begun to emerge that try to determine how many Americans have been infected by the new coronavirus. But are they accurate?

The results depend on where and how the research is done, and it can be difficult to draw firm conclusions from the early findings, experts said.

Until recently, researchers had to rely on statistical models, some of which estimated that for every confirmed coronavirus case, there were likely seven to 10 other people who were infected but not counted. Now with the arrival of blood antibody tests, scientists hope the picture will come into sharper focus.

"I think we are beginning to get interesting little rays of light" into how widespread infections have been, but larger and more rigorous studies will be needed to get a better understanding, said Stephen Morse, a Columbia University expert on the spread of diseases.

Here is a guide to the studies that are emerging and to some of the questions experts ask when looking at them.

How do these studies work?

Researchers take blood samples, often just a drop from a finger prick, from a group of people. They aren't looking for an active infection. They are testing for antibodies - the markers of infections that someone already had.

That helps show how many people were infected, whether they knew it or not. Such studies are widely used in public health to figure out how many people have a range of diseases, including measles, HIV and dengue.

Why are these studies important?

Not everyone with COVID-19 gets a diagnostic test, which looks for signs of active infection in throat and nose swabs. So the blood tests can fill in gaps.

If the blood tests are accurate and the research well done, the studies could help scientists determine what proportion of infected people never had clear-cut symptoms. They also could tell scientists exactly how deadly the coronavirus really is, by finding the real number of infections.

One day, the studies will help government officials figure out how many people have gained immunity to the virus. Such information could guide decisions about when to lift stay-at-home orders.

Are the tests accurate?

Dr. Jeffrey Engel, executive director of a national organization of disease investigators, the Council of State and Territorial Epidemiologists, said the first question he would ask is what test was used.

Dozens of blood tests are being marketed in the United States that are not entirely accurate and are not comparable to each other, according to a report released this week by researchers at Johns Hopkins University.

The Food and Drug Administration is overseeing a validation process for ensuring that commercial tests are accurate. So far the agency has authorized only four. Dozens of other tests are being marketed in the U.S. without such authorization.

Are the people tested representative?

Generally speaking, the larger the study, the better.

"The more people you can test - both for current infections and the antibodies created by prior infections - the more accurately you can determine who's safe from the virus and who's spreading it to others," said Dr. Albert Rizzo, the American Lung Association's chief medical officer, in a statement.

It's important to get people of different ages, different races and different parts of a geographic area. So it matters how participants are recruited.

The highest-quality studies involve going house to house to recruit a cross-section of society, said Natalie Dean, a University of Florida statistician and researcher.

"In general the first (studies) out are going to be the easiest to do," Dean said.

How were people recruited for the early studies?

The study in Santa Clara County, California, got most of its 3,300 participants through a Facebook ad that asked people to drive to a parking lot where they would get their finger pricked and their blood tested.

Many experts criticized researchers for relying on volunteers, some of whom may have harbored suspicions they had previously been infected. It could have left out a range of people, including those who aren't on Facebook, don't have cars or otherwise aren't able to participate.

The Los Angeles study used a market research firm database to draw a more representative sample. But the initial results had fewer participants than the Santa Clara study.

The New York study collected about 3,000 samples from people shopping at grocery and big box stores. It was a preliminary government study, with more results expected soon.

None of the studies went through the kind of peer-review process that generally is required before publication in scientific journals.

Two federal agencies have larger surveys in the works.

The National Institutes of Health announced a study that will recruit as many as 10,000 adults across the country who were not previously diagnosed with coronavirus infections to give blood samples.

The CDC has several studies planned, including one that would eventually test close to 20,000 blood samples collected at commercial laboratories. Initial results from some areas may be coming back next month, said Dr. Gregory Armstrong, the CDC's deputy incident manager.

The CDC also is working on another study that would test leftover samples from previous blood donations, and it is planning additional surveys to be conducted in three or more U.S. cities, he said.

"When things calm down in the country, we'll do something more systematic," he said.

What else do scientists want to know?

While the blood tests are helpful, researchers need to know more than just how many people have antibodies.

For example, scientists will have to determine what levels of antibodies protect someone from future illness from the coronavirus, and how long that immunity lasts. And they have to deal with the possibility that someone who was infected but had no symptoms may have antibody levels too low to be detected.