Aramazd Andressian Jr., known as Piqui, was smothered to death by his father after a trip to Disneyland in 2017.
KABC
By Christiane Cordero 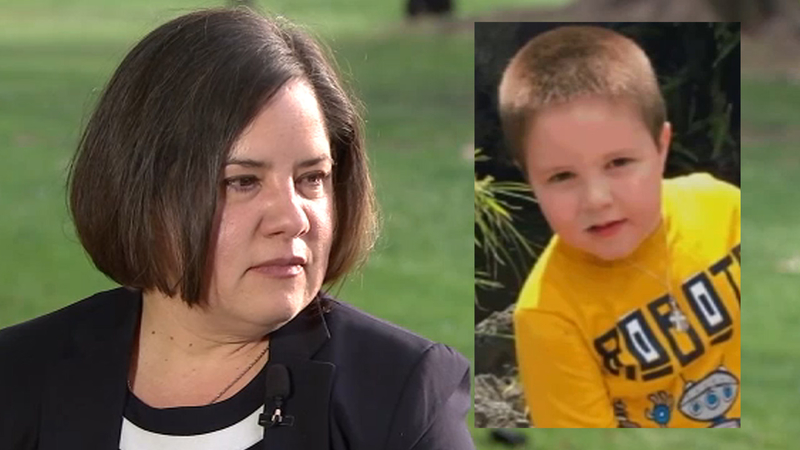 SOUTH PASADENA, Calif. (KABC) -- Garfield Park in South Pasadena used to be a place where Ana Estevez would play with her son. Now, five years after his death, it's where she goes to talk to him.

Aramazd Andressian, Jr., also known as Piqui, is memorialized on a bench and in stone.

To Estevez, Piqui will always be the bubbly 5-year-old who loved reading and math. He would've been 10 years old today.

"I wonder what he would be like as a fourth grader," Estevez said.

Piqui disappeared April 21, 2017. Estevez has video of the last time they hugged.

It was how they exchanged custody. She filmed Andressian Sr. because she didn't trust him.

At the time, they were going through a messy divorce, and Estevez tried filing for protection and sole custody, saying her ex-husband was dangerous.

The court decided it didn't have enough to grant either.

Around two months after Piqui's disappearance, detectives told Estevez they arrested Andressian Sr. on a murder charge, but that they didn't have a body.

She held out hope, until shortly after, when those detectives stopped by in person to deliver the news that changed everything.

"As I walked in the back door and headed toward the living room, they came in the front door," said Estevez. "I just remember I couldn't breathe. I remember falling to the floor."

Andressian Sr. confessed to smothering his son after a trip to Disneyland. The funeral followed, as did the conviction, and five years later, she still has days of disbelief.

"I could easily stay in bed and cry all day, but that isn't going to change family court," said Estevez.

The mother feels the courts and the Department of Children and Family Services are partially responsible for her son's death. She feels they didn't take her concerns seriously.

In 2018, the California State Assembly adopted Piqui's Resolution to better train courts in recognizing trauma and to put the safety of children first, particularly those who witness domestic violence.

This is how Estevez turns grief into purpose.

For the kid who saved up coins to help his mom buy a house, and who was always there to help brighten her day.

"I still miss my son as much as I did then," said Estevez. "Every morning when I wake up, one of the first things I say is good morning to him."