kabc
By ABC7
LOS ANGELES The story first broke in the National Enquirer. The tabloid magazine said Swayze was diagnosed with terminal pancreatic cancer more than a month ago.

The story said that the cancer had spread to other organs and that the 55-year-old actor had been traveling to Stanford University's Cancer Center in Palo Alto for radical chemotherapy.

The Enquirer also said that Swayze's doctors were no longer optimistic that the treatments would be successful.

Cancer of the pancreas is one of the worst types of cancer to be diagnosed with, according to an oncologist at the USC Norris Cancer Center.

"It's unfortunate that pancreatic cancer patients do present with advance disease generally because they may not have symptoms from their disease. Because of the inherent aggressiveness of the disease patients present in an advance stage," said Dr. Sylma Iqbal, USC Norris Cancer Center.

Swayze's doctor has acknowledged that the actor has been diagnosed with pancreatic cancer.

"Patrick has a very limited amount of disease and he appears to be responding well to treatment thus far. All of the reports stating the time frame of his prognosis and his physical side effects are absolutely untrue. We are considerably more optimistic," said Dr. George Fisher.

"Actor Patrick Swayze has been diagnosed with pancreatic cancer and is currently undergoing treatment. Patrick is continuing his normal schedule during this time, which includes working on upcoming projects. The outpouring of support and concern he has already received from the public is deeply appreciated by Patrick and his family."

Swayze performed the song "She's Like the Wind" for the movie's soundtrack and his signature line, "Nobody puts Baby in the corner," has become a pop culture staple.

Swayze also starred alongside Demi Moore in the 1990 romance "Ghost," which also became a box office hit and was nominated for an Academy Award for best picture.

Patrick Swayze began performing at an early age and got his start in show business as a dancer and on the stage before landing film and TV roles in Hollywood. 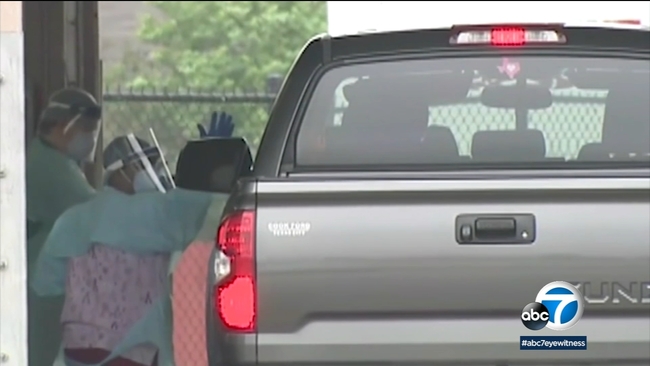