A pickup truck is seen trapped under a semi-truck after a deadly crash in Vernon, Calif., on Saturday, April 30, 2016.

VERNON, Calif. (KABC) -- Authorities identified Sunday the man killed in a deadly hit-and-run in Vernon, according to the Los Angeles County Department of Medical Examiner-Coroner.

Armando Murillo, 28, of Pacoima, was a passenger in a pickup truck when a tractor-trailer slammed into it Saturday morning.

Murillo and the driver of the pickup were trapped inside as the truck was lodged underneath the 18-wheeler.

Murillo was pronounced dead at the scene.

The driver of the pickup was taken to the hospital and was expected to survive.

Investigators said the driver of the 18-wheeler was involved in a minor crash near Soto and 37th streets before he ran a red light and collided with a pickup truck, which was found mangled underneath the trailer of the big rig. 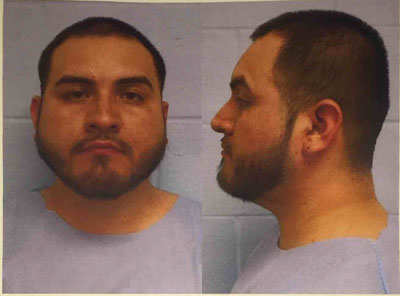