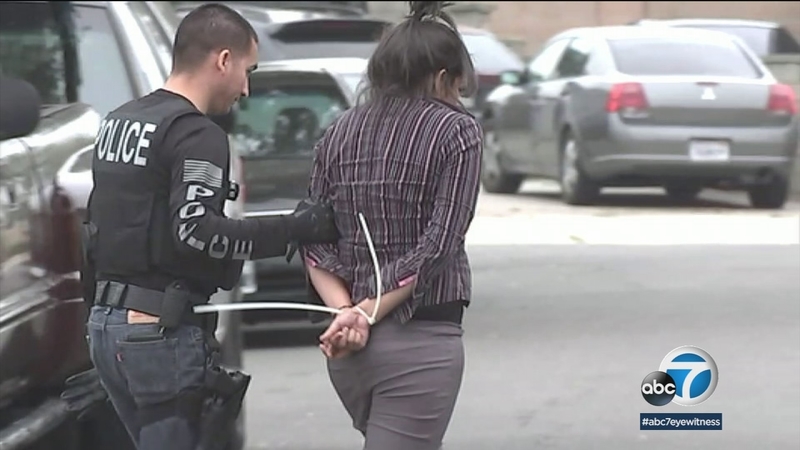 SANTA ANA, Calif. (KABC) -- Agents from the Bureau of Alcohol, Tobacco, Firearms and Explosives raided a home in Orange County Thursday morning as part of an ongoing investigation.

The raid was conducted at a residence in Santa Ana, which is one of six locations targeted across Southern California, an ATF official told Eyewitness News. The official also said search warrants were served at the location in connection to "violent criminal activity."

According to a criminal complaint, several transactions involving guns and drugs took place at the Santa Ana home. A man and woman were seen taken away in restraints at the location. A third man was detained then released. There were also four children at the home during the raid.

After searching, agents were seen carrying several boxes and at least two rifles out of the residence for evidence.

ATF confirmed that eight arrests were made at the six locations, two of which were in Santa Ana. The arrested individuals are accused of illegally buying and selling more than 4 pounds of methamphetamine, more than 30 guns and even a hand grenade, the complaint stated.

The nine-month investigation, which is being led by the ATF with help from Santa Ana and Anaheim police and the FBI, focuses on firearms and drug trafficking.

"This investigation started last year, and it's a proactive investigation, where we were targeting criminal activity by various gang members," said Ginger Colbrun with ATF.