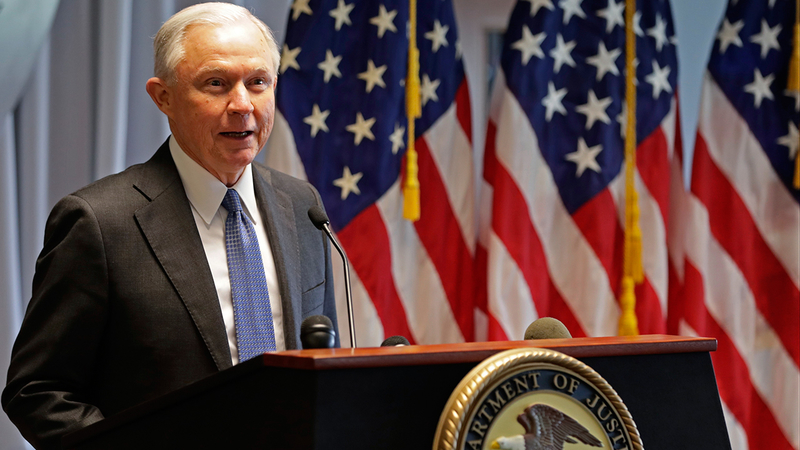 The change by Sessions doesn't come as a surprise as he came to office promising to be tough on crime.

The former federal prosecutor who tried cases during the height of the crack epidemic directed his 5,000-plus assistant U.S. attorneys to zero in on drug traffickers.

"If you are drug trafficker, we will not look the other way, we will not be willfully blind to your misconduct," Sessions said.

In a one and a half page memo, Sessions overturned the so-called Smart on Crime initiative put in place during the Obama Administration.

That approach lessened sentences for some non-violent drug offenses in part of an effort to lower the number of people imprisoned and focus on rehabilitation.

In fact, under President Barack Obama, the crime rate and incarceration rate both went down for the first time in 40 years.

In a reversal from the previous administration, Sessions ordered federal prosecutors to seek the most severe penalties available in drug cases.

"I trust our prosecutors in the field to make good judgements. They deserve to be unhandcuffed and not micromanaged from Washington," Sessions said.

Sessions' move generated criticism from Democrats and civil rights groups, who said it could lead to unnecessarily long sentences for non-violent offenders.

Former Attorney General Eric Holder called it an ideologically motivated, cookie cutter approach, stating it "...is not touch on crime. It is dumb on crime."

Congressman Adam Schiff, a former federal prosecutor, questioned whether tougher sentencing would be doled out fairly.

"Is the attorney general saying this in drug cases, but not in white collar cases? What about corruption cases? Is he also asking for the most serious charges there?" Schiff questioned.

"If you want to collect a drug debt, you can't file a lawsuit in court. You collect it with the barrel of a gun," Sessions said.