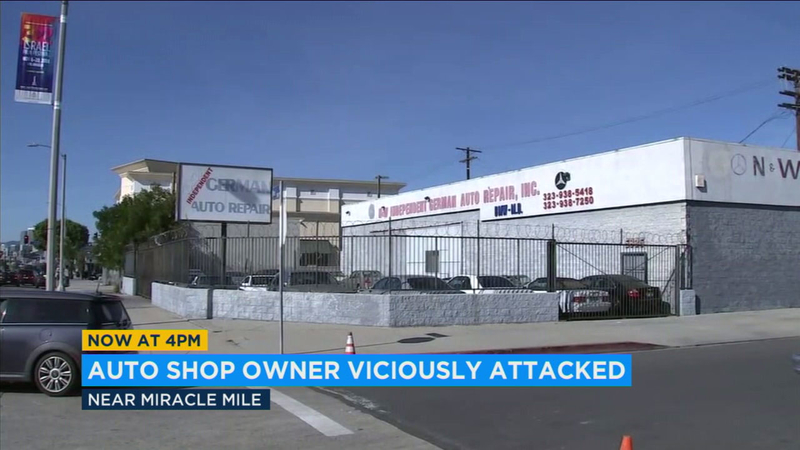 LOS ANGELES (KABC) -- A Los Angeles auto shop owner is fighting for his life after his throat was slashed in a vicious attack and robbery.

The attack happened Friday around 6:20 p.m. at N&W Auto repair near Pico Boulevard and Fairfax Avenue.

His throat was slashed and he was stabbed several times. He is now in critical condition in the hospital fighting to survive.

Friends and longtime customers are stunned, saying Samson is well-liked and known for helping those in need.

"I would hate to think that somebody would try to end somebody's life over a few dollars or a repair on the car, or something that didn't go right," said shop customer Jim Hutt.

"It's just a tragedy that something would happen to somebody who's given back to the community for so long."

Detectives are releasing few details about the suspects or whether there is surveillance video related to the attack.