A victim who was shot and killed by a gunman, who authorities said was 'binging on cocaine' when he went on a rampage, was identified by officials.

AZUSA, Calif. (KABC) -- A man who was killed on Tuesday by a gunman who officials said opened fire on random passersby while he was "binging on cocaine" was identified.

Francis "William" Varney, 77, of Azusa, was killed by a 45-year-old man of Azusa with a military background who authorities said went on a shooting rampage.

"He had a heart of gold. Everybody loved him, he was the nicest man. He would do anything for anybody," Varney's family friend Cindy Major said. "Never had an issue with anybody. He probably only came out to help whatever the situation was out here."

Friends and neighbors identified the gunman as Carlos Mendez.

Two women, ages 59 and 65, were also wounded in the shooting at about 2 p.m. in the 500 block of Fourth Street. They were last listed in critical condition, according to officials.

"His family says he starts binging on cocaine, kind of gets a little crazy and they can't control him," Los Angeles County sheriff's Lt. John Corina said. "His wife and kids left last night to get away from him because he was getting out of control."

He came out of his home and started shooting randomly at people on the street and in cars driving by, Corina said. The 59-year-old woman was shot as she drove by in a van, which she crashed in front of the house, according to officials.

Mendez then shot two other people on the street, detectives said.

According to her family, the 65-year-old woman was on her way to vote when she was shot.

Mendez had been hiding as officers were attending to the victims. He then started shooting at them with an assault rifle and they returned fire, killing him, Corina said.

A massive law-enforcement response response followed, including SWAT teams and sheriff's helicopters, and the victims and the pinned-down officers were extracted to safety before it was confirmed the suspect had died at the scene.

The location was near Memorial Park, Mountain View Elementary School and Slauson Middle School, all of which were placed on lockdown. No one at the schools was hurt, according to the Azusa Unified School District.

The campuses and the park were evacuated by police, Hunt said.

Two nearby polling stations - at Memorial Park and Dalton Elementary School - were initially closed in the aftermath of the incident, county Registrar-Recorder Dean Logan said on Twitter.

The polling station at Dalton Elementary was later reopened. 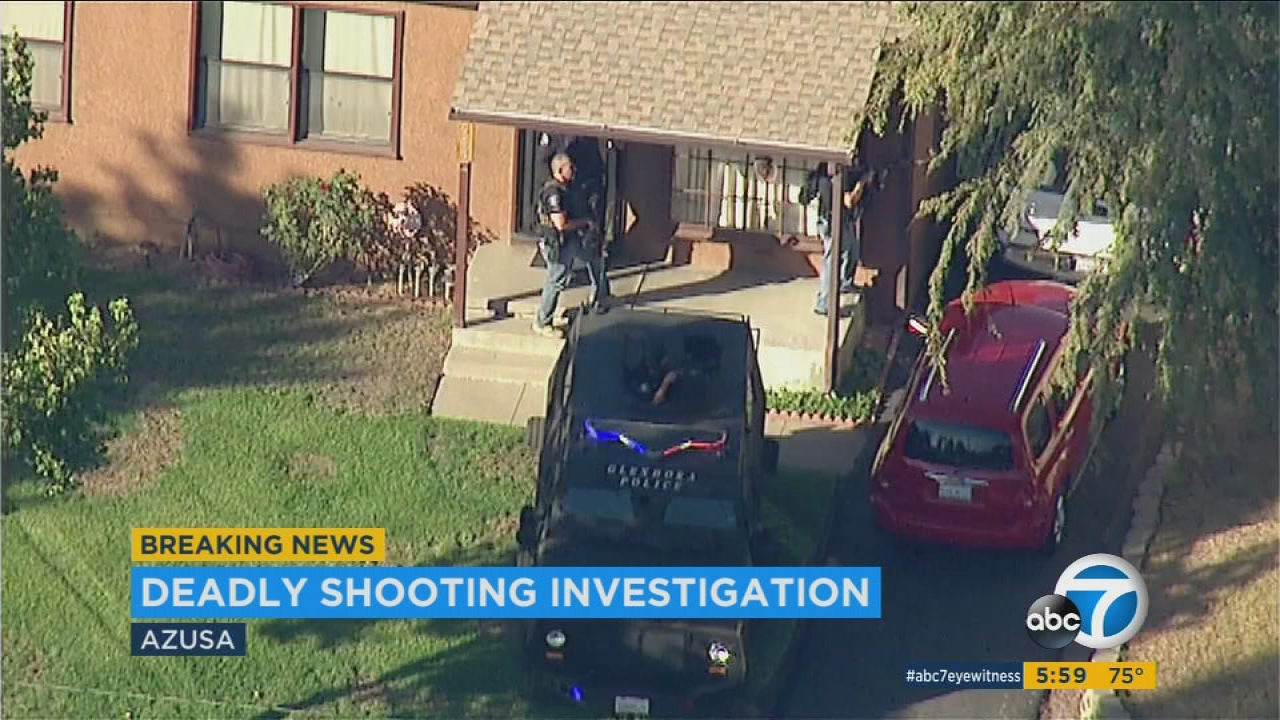