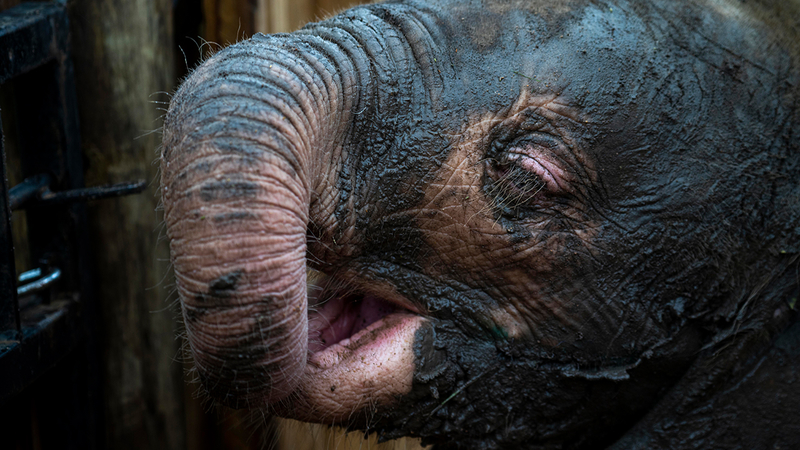 HOEDSPRUIT, South Africa -- Khanysia did not see the trap set by a poacher in South Africa's Kruger National Park. She dove headfirst into the sharp wire snare, which cut her mouth, face and underneath her ear and chin.

It was days before the four-month-old albino elephant was found badly dehydrated but alive, and taken to the Hoedspruit Elephant Rehabilitation and Development Center, three hours away.

One month later, Khanysia, named after the Tsonga word for light, weighs a healthy 150 kilograms (330 pounds), is adding 500 grams (1 pound) every day and spends her time playing with caretakers.

"She is a little albino elephant, so it is a bit different than your normal elephant just in caring, especially when the sun is kind of severe," said Adine Roode, founder of the center, in the heart of Kapama game reserve. "Due to the animal human conflict, we are sitting with orphans. Because of the decreasing land and habitat, we will see an increase, in the future, of elephant orphans."

It is not known how Khanysia was separated from her mother and herd, said Roode.

For the past 22 years, the center has looked after orphaned elephants, and now has 17 pachyderms on site, she said. The young elephants are eventually released to the private game reserve, she said.

Khanysia is separated from the rest of the herd for the time being. At night she stays in a heated room and in the daytime she goes outside to a large enclosure with tall grass and a mud pool. Under 24-hour supervision, the blue-eyed, pink-skinned toddler seems to be in a non-stop play mood, craving attention and only stopping now and then to scratch her itchy scars on the wood pillars surrounding her pen.

After two hours of cavorting with Khanysia, causing the little elephant to trumpet repeatedly, Roode leaves her in the care of Liverson Sande, the center's senior carer.

Outside, the 17 other elephants line up for a walk. "It's so easy to get too attached," says Roode. "It is difficult to let go."
Report a correction or typo
Related topics:
pets & animalswild animalssouth africaelephantsu.s. & world
Copyright © 2021 by The Associated Press. All Rights Reserved.
U.S. & WORLD

Coast Guard: Search for missing crew to be suspended 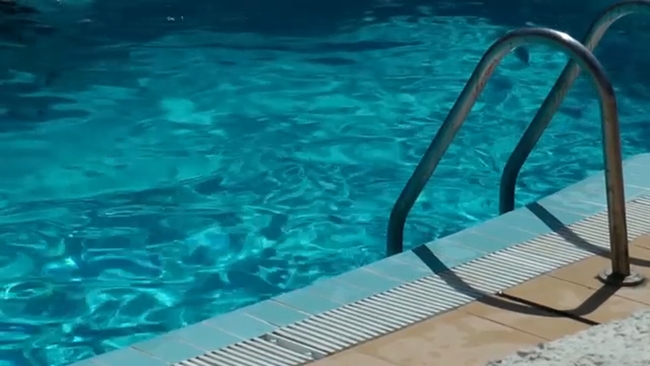