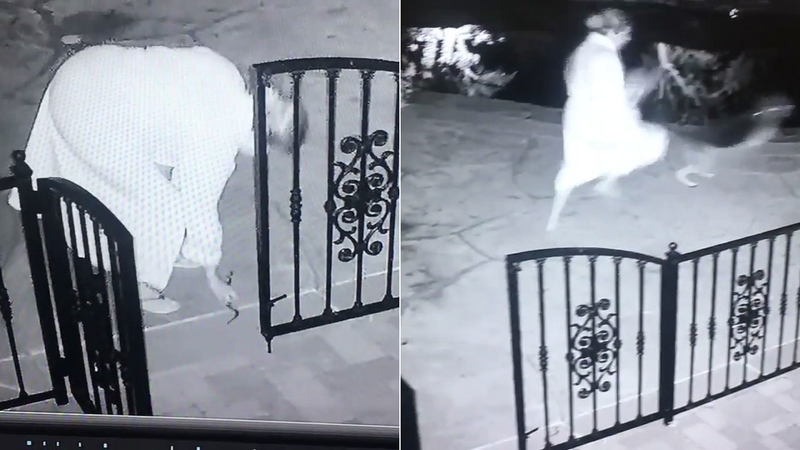 CALABASAS (KABC) -- A Calabasas woman got a big surprise when she reached down for what she thought was her dog's rope toy.

It turned out to be a baby rattlesnake.

Carla Rosso and her husband Ariel had just gotten out of their backyard Jacuzzi.

Wrapped in a bathrobe, Carla tried to pick up what she thought was her dog Duchess' rope toy.

She bent down and grasped the long, thin object.

Her home surveillance video shows her panicked reaction when she realized it was a snake. She dropped it immediately and high-stepped out of there in a hurry as Duchess tried to help.

"I grabbed it and as I was going up, I realized it was gushy and it had a feeling to it, like a hot dog sort of," she recalled. "So I let it go. And for some reason I thought it was still on me.

They called Los Angeles County Fire to help out and firefighters destroyed the snake. They warned her that baby rattlers are even more dangerous than adults because they can't control their venom.

Once the danger was over and they reviewed their surveillance video, they were able to laugh about the encounter and Carla's panicked reaction. But they know it could've ended quite differently.

But once he saw the video, he couldn't resist posting it on YouTube. And even Carla was able to laugh at herself.