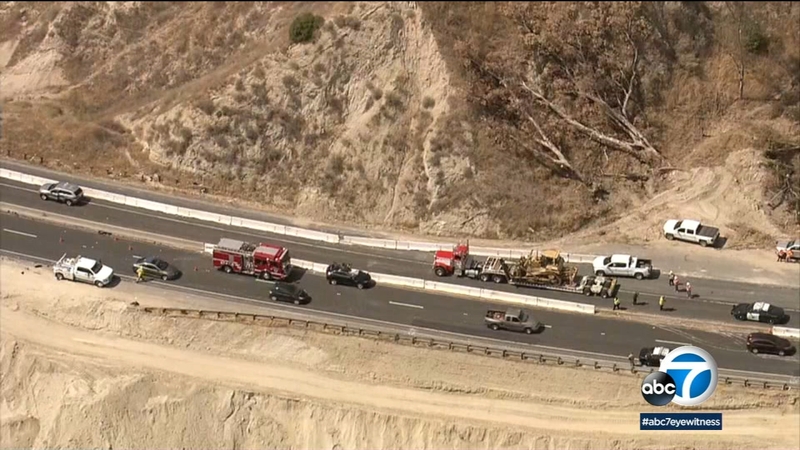 2 killed in violent multi-vehicle crash on 60 Fwy. near Beaumont

BEAUMONT, Calif. (KABC) -- Two people were killed and as many as five were injured Thursday afternoon in a violent three-vehicle crash involving a semitrailer that prompted the closure of the 60 Freeway in both directions near Beaumont, authorities said.

The violent collision was reported shortly before 2 p.m. in the Badlands area of Riverside County, about halfway between Beaumont and Moreno Valley, according to the California Highway Patrol.

A white Corvette convertible and a black Audi SUV were also involved in the pileup. Aerial video from AIR7 HD showed significant damage to those vehicles.