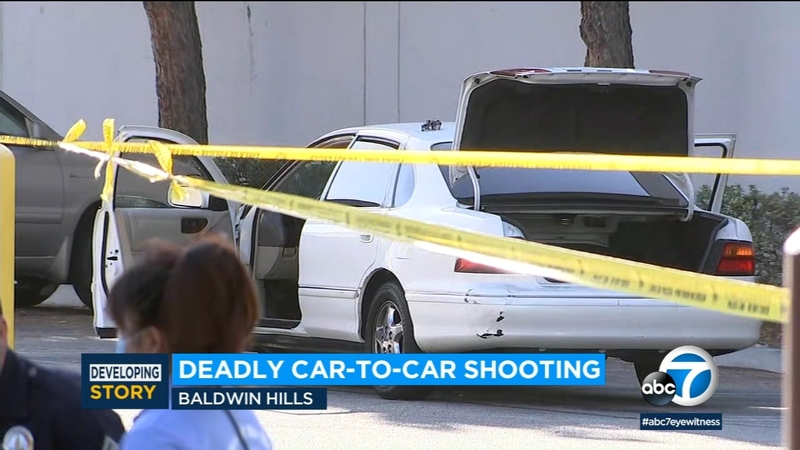 BALDWIN HILLS, LOS ANGELES (KABC) -- A 17-year-old boy was killed and a 23-year-old man was left critically injured in an apparent car-to-car shooting at a parking lot near a Target store in Baldwin Hills.

It happened around 3:30 p.m. Saturday in the 3500 block of La Cienega Boulevard.

Police say the two victims were sitting inside their car when the suspect drove up to them and fired multiple rounds at them, striking the two victims.

Both were found with several gunshot wounds. They were taken to the hospital where one of them later died.

Four passengers in the car's back seat, including two 4-year-olds, were not hurt in the incident, according to the Los Angeles Police Department.

Investigators say everyone in the car were members of a family visiting from Mexico.

It's unclear what prompted the shooting, but officials say it may have been a result of road rage.

Details surrounding a suspect or suspects were not immediately released.

The shooting remains under investigation. Meanwhile, anyone with information is urged to contact authorities.