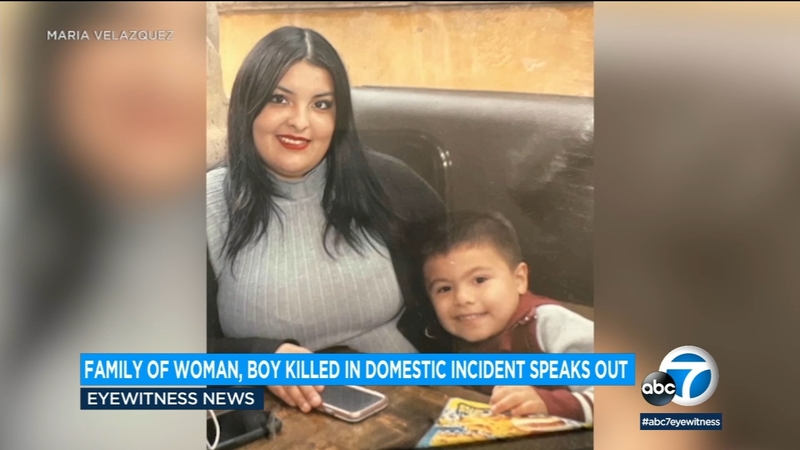 BALDWIN PARK, Calif. (KABC) -- The family of a 23-year-old woman and 6-year-old boy who were killed in a domestic-related incident this past Sunday are speaking out.

The suspect in the deadly Baldwin Park shooting is still on the loose.

It's been just four days since Erika Gonzalez's daughter, Yesli Velazquez, and her 6-year-old son, Angel, were shot and killed in Baldwin Park.

Gonzalez said her daughter was very loving and caring with everyone.

"Wherever she went, he went. We couldn't separate them," Velazquez said.

The family said it was Yesli's boyfriend of a few years, Rigoberto Covarrubias, who shot Yesli and Angel outside the home they rented.

He hasn't been seen since.

When officers with the Baldwin Park Police Department arrived, they found the mother and child in a backyard with several gunshot wounds.

Though, the family said that sheriff's investigators told them his car was possibly spotted crossing the border into Mexico.

A GoFundMe page is gathering money to help support the family.

The family is now focused on finding justice and laying Yesli and Angel to rest.

They're also sharing their heartbreak, hoping this type of domestic violence doesn't happen to anyone else.

"If there's anything going on at home, don't stay silent. Talk to someone," Velazquez said