When officers arrived, they found the mother and child in a backyard with several gunshot wounds.
KABC
By Eric Resendiz 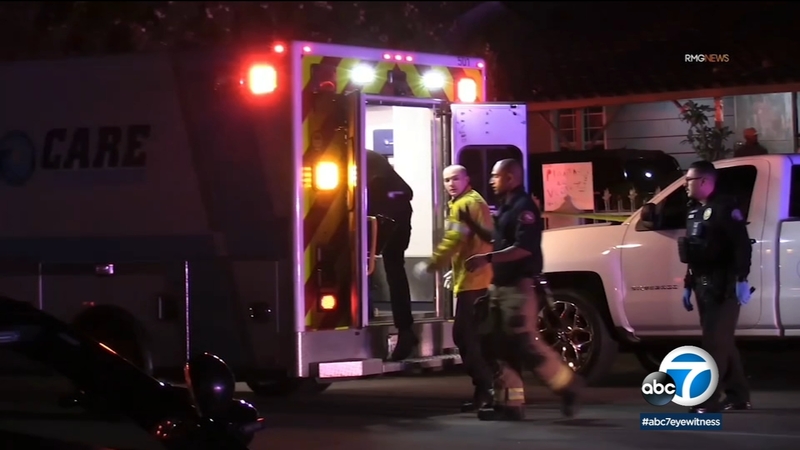 BALDWIN PARK (KABC) -- A mother and her 5-year-old son were killed during a shooting in Baldwin Park that may have been a result of a domestic violence incident, according to authorities.

According to the Los Angeles County Sheriff's Department, detectives responded to the area near the 4200 block of Merced Avenue after callers reported hearing gunshots at around 9:22 p.m. on Sunday.

When officers with the Baldwin Park Police Department arrived, they found the mother and child in a backyard with several gunshot wounds.

The mother - who was only described as a Hispanic female - was pronounced dead at the scene.

The boy was sent to the hospital where he later died.

"We just heard gunshots, like five or six gunshots," neighbor Brian Sanchez said. "My dad came out to see what was going on and the guy with the gun he was talking to my dad, too, but he just told him to 'go inside because there are gunshots. I suggest you two go inside' ... We saw he had a gun in his hand."

Detectives believe this is a domestic related incident, and the suspect fled the scene.

Neighbors said the couple and the child had just moved to a house in the back about a year ago.

A detailed description of the suspect was not immediately released by authorities.