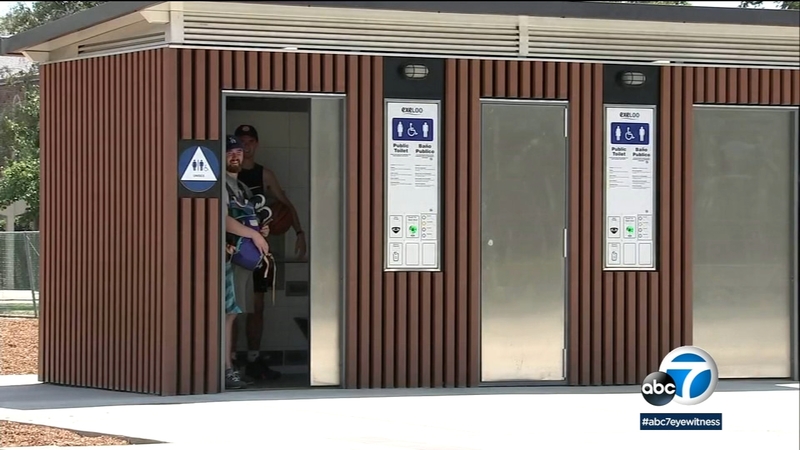 The pilot model, known as the EXELOO, was installed in an effort to keep facilities cleaner for the public and to help cut down on maintenance costs. The bathroom cleans itself after every 30 uses and locks itself up at night, according the Los Angeles Recreation and Parks.

They have an automated toilet-paper dispensers with a limit to how much it dispenses. The bathrooms also boasts mood-setting music.
The cost for the two restrooms was $185,000, slightly more than a standard restroom.