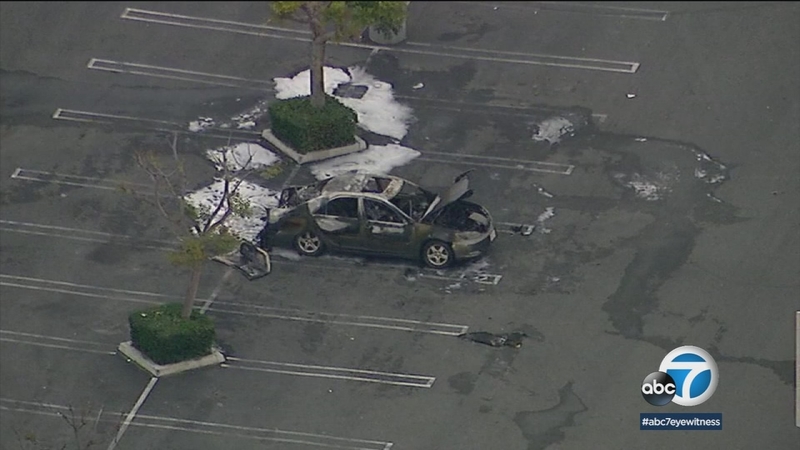 BELL GARDENS, Calif. (KABC) -- A person's body was found inside a burned-out car after the sedan erupted in flames early Tuesday morning in the parking lot of a Bell Gardens shopping mall, authorities said.

The car fire was reported shortly before 3 a.m. in the 5800 block of Florence Avenue, prompting a response from the Los Angeles County Fire Department. Firefighters knocked down the blaze and the sheriff's Arson/Explosives Detail was summoned to the scene.