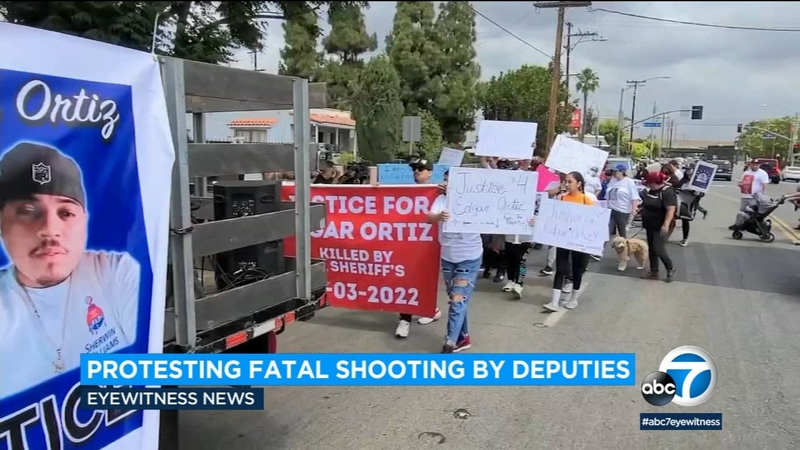 Community gathers in Bellflower to protest killings by law enforcement

BELLFLOWER, Calif. (KABC) -- Family and community members gathered Saturday to protest the fatal deputy shooting of a local father they say was killed while suffering a mental health emergency.

The group marched from Edgar Ortiz's home in Bellflower to the station, to protest that and other killings by law enforcement.

The shooting happened in Bellflower, as Deputies were dispersing a street takeover.

A person told deputies Ortiz, 32, had stabbed them with a gardening tool. When Deputies approached the suspect, they say he swung the metal claw at them.

A suspect holding a gardening tool was shot and killed by deputies in Bellflower overnight as they were responding to a "street takeover."

His mother spoke out at Saturday's event.

"Oh my God. You know what? Edgar was a good, good son. And right now you know (voice cracks) I lost somebody I love a lot, said Maria Ortiz. "That's hard to me and I lost somebody, that my kids."

She says her son was hard worker, a father of six, and at the time of his death, had a 7th child on the way.