Ben Shapiro escorted by police from CSULA due to angry protesters 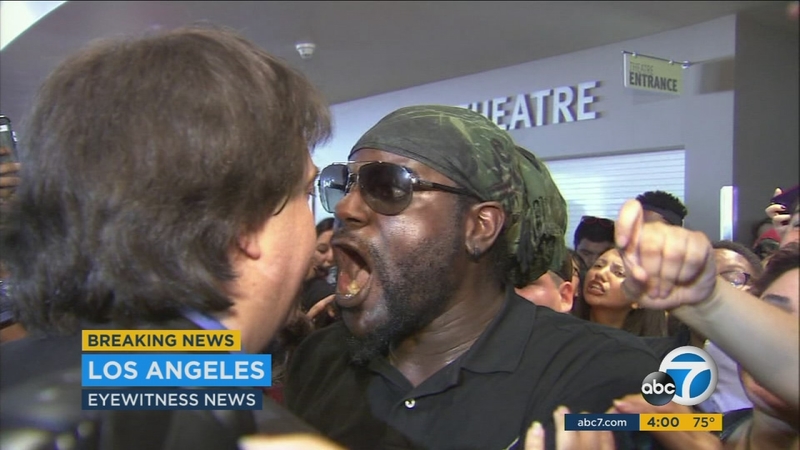 Ben Shapiro escorted by police from CSULA, protesters call for president to resign

Ben Shapiro, editor-in-chief of the Daily Wire and editor-at-large of Breitbart News, was scheduled to speak at the campus on Thursday.

But earlier in the week, CSULA President William Covino canceled the event, stating he wanted to postpone the speech so that speakers with different viewpoints could also talk and allow "the free exchange of ideas."

Shapiro took to Twitter to express his anger, and tweeted Wednesday afternoon that he intended to still show up to the campus to give his lecture.

Getting lots of notes from @CalStateLA students and yes, even faculty, angry about event cancellation. Good news: we're still coming.

On Thursday, Covino said if Shapiro showed up, CSULA would allow him to speak.

Shapiro arrived at CSULA and was speaking to the campus chapter of Young America's Foundation on the topic of "When Diversity Becomes a Problem" when a fire alarm was pulled.

While the siren was sounding, Shapiro continued his speech, stating he would not be silenced.

"If this sort of thing happened during classes at this university, the kid who pulled the fire alarm would be off this campus so fast it would make your head spin," Shapiro said. "But not you out there, the protesters, the special magical leftist children protected from the consequences of living in the real world with my taxpayer dollars. You get to shut us down for disagreeing with your thug tactics and your nasty, pathetic, evil ideology."

According to tweets by Shapiro, protesters blocked entrances to the University Student Union where he was speaking, attempting to obstruct those who wished to attend. Cameras captured shouting and pushing as intense interactions occurred between protesters and those attempting to attend the event.

After speaking for about an hour, Shapiro tweeted he had to be escorted by police from the campus for safety concerns.

We had to be escorted by a full police cordon as well as a motorcade thanks to safety concerns.

We are safely out. The police informed us they could not guarantee our safety or that of the student attendees if we went into the crowd.

Following the event, the Young America's Foundation released a statement that said in-part that Covino, and campus administrators should be held accountable and that it would "pursue all legal options to do so."

Several students who protested the event said they felt Covino had thrust them into a tense confrontation with supporters of Shapiro and then showed a lack of support afterwards.

They staged a sit-in in front of Covino's office Thursday evening and video showed some students trying to block him from leaving campus. Students at the sit-in called for Covino's resignation as they described a growing lack of trust.