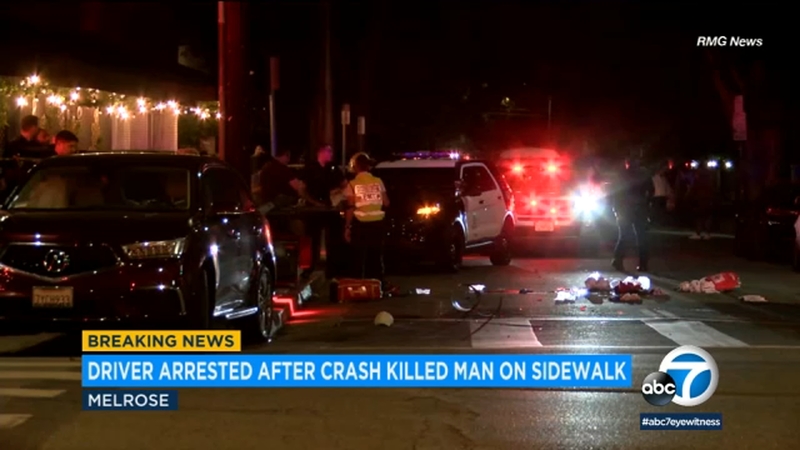 FAIRFAX DISTRICT, LOS ANGELES (KABC) -- A man on a sidewalk was struck and killed by a car in the Fairfax District Thursday night. Police say the driver has been arrested.

The crash occurred near the intersection of Melrose and Martel avenues at about 11 p.m.

Police say 27-year-old Jacob Gralitzer was driving at a high rate of speed when he hit another car attempting to make a turn and veered onto the sidewalk, striking person on the sidewalk.

The victim was identified by police as a man in his 20s.

Roads were temporarily closed as an investigation took place.

Video from the scene showed one vehicle with significant front end damage.

Gralitzer was taken into custody for gross vehicular manslaughter while driving under the influence, police said.