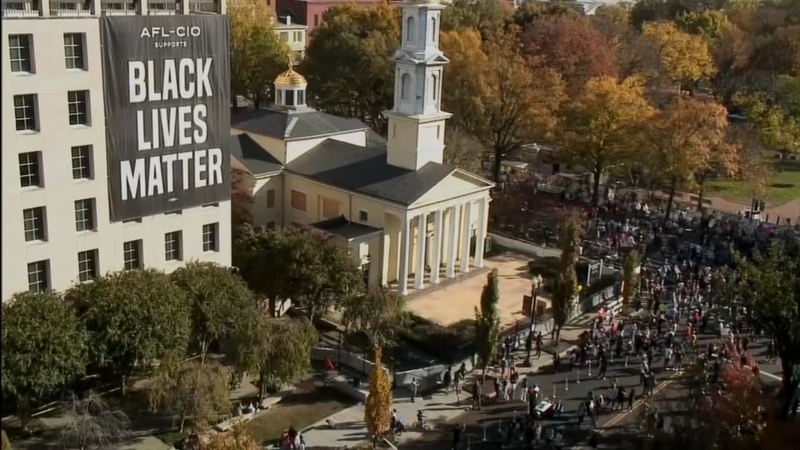 The Black Lives Matter movement has been nominated for the 2021 Nobel Peace Prize thanks to a foreign agency.

A member of the Norwegian parliament made the nomination Saturday, praising Black Lives Matter for bringing a new awareness to the issue of racial justice.

Supporters said the situation is similar to when the award went to Martin Luther King Jr. nearly 50 years ago.

They also compared it to Nelson Mandela and the African National Congress, who were individually honored twice.

An estimated 20-million Americans have taken part in Black Lives Matter protests, and millions more have made their voices heard globally.

The parliament member nominating Black Lives Matter said it may be a long shot to win, but it's important to spark the discussion.

A far right member of the Norwegian parliament is also said to be nominating former president Donald Trump for his work involving Middle East peace.

Video above is an ABC13 Townhall discussion from Sept. 2020.