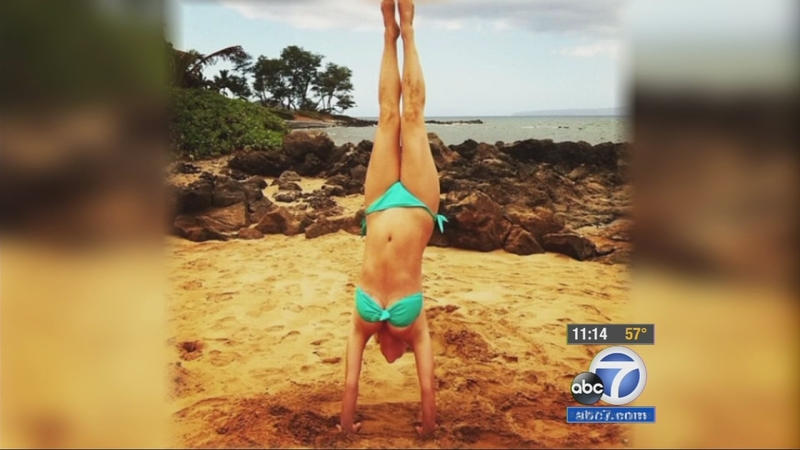 LOS ANGELES (KABC) -- People suffering from eating disorders are consumed with the thought of food all day. For one local woman, her healthy lifestyle turned into a dangerous obsession.

Jordan Younger is a social media super star. The 23-year-old, once known as "The Blonde Vegan," has hundreds of thousands of loyal followers.

In her daily blog, Younger became a champion of plant-based, clean eating. Her single-minded focus on vegan living brought her a mega-following.

She did stick to it, but things got extreme. Younger started obsessing over food, allowing herself to only eat organic produce in specific combinations.

"I was breaking out. I was really orange from eating a lot of beta-carotene and carrots and sweet potatoes, and my hair was really thin. I had lost my period for several months, which was a really big indicator to me that something was wrong. My body was trying to tell me, 'You need help,'" Younger said.

Younger was diagnosed with an eating disorder she calls a "modern disease." The condition is orthorexia nervosa. The director of Exercise Psychiatry and Sports at USC says it's an obsession not with the "quantity" of food but with the "quality."

"They become obsessed with, 'I'm not going to put anything in my body that I don't view as being natural or healthy.' It's usually natural," said Dr. David Baron with USC's Keck School of Medicine.

"Obsessions are kind of thoughts that go over and over in our minds that we can't get rid of even if we'd like to," Baron said.

How do you know if you've crossed the line from healthy eating to orthorexia? Experts say ask yourself -- Are your actions affecting your relationships, your job, your life?

"Once I acknowledged it, I was able to move forward and make a lot of changes," Younger said.

Some of those changes include adding fish and meat to meals.

"Food should fuel you. Food should make you feel good," Younger said.

With the help of therapists, Jordan is learning to view food differently, but not all of Jordan's fans have been supportive. She got a lot of backlash from some hardcore vegans.

"I got death threats. I got very angry emails," Younger said. "People were really disappointed. I was no longer a voice for the vegan movement."

Younger changed the name of her blog from "The Blonde Vegan" to "The Balanced Blonde."

In her new book, "Breaking Vegan," due out later this year, she says she hopes to help people suffering realize they're not alone.

"You have to find what works for you, and that's the perfect diet," she said.