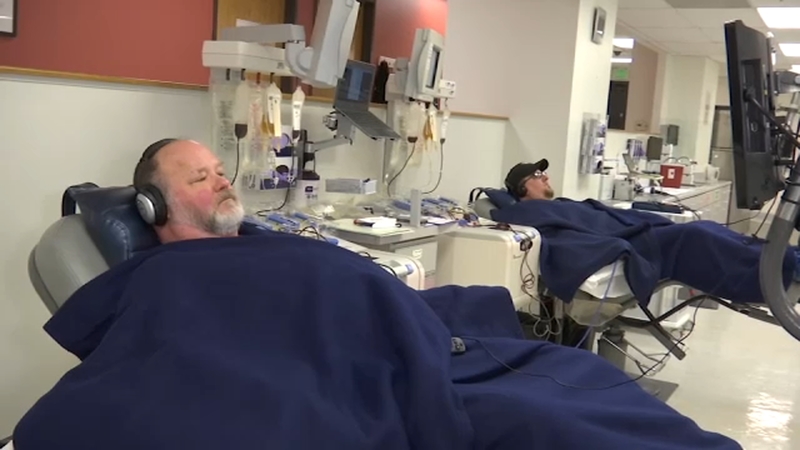 Blood bank levels are usually lower than average after the holidays, but are currently at critically low levels.

The American Red Cross sent out an urgent plea for donors and is offering a special incentive to those that make an appointment to give blood through Jan. 19.

"If you come in to donate blood or platelets, you'll be entered to win two Super Bowl tickets. That includes travel airfare and a $500 gift card," said Christine Welch, of American Red Cross Blood Services.

To replenish the local blood supply, the Red Cross needs donors of all types, but especially type O.

"If you're not going to do it, who is?" said Stockman. "Platelets are needed by so many people in so many places. It's something I can do. You feel good when you do it."

Stockman even showed up the day after Christmas, but the American Red Cross says he's the exception.

"We are at a less than three-day supply of blood," said Welch. "We constantly need to collect - every single day. Every two seconds someone in the United States needs blood."

During the weeks of Christmas and New Year's Day, the Red Cross said there were 500 fewer blood drives. That equates to 7,000 fewer units of blood collected.

"People get busy for the holidays. They're out of town. Donating blood is not top of mind," Welch said. "About 38% of the population is eligible to donate, but less than 10% actually do."

Stockman said a trip to the Super Bowl is nice but said he donates because other people don't. He recently gave triple the platelets he usually does.