Bob Saget on 'For Hope,' his film on sister's battle with scleroderma

As Bob Saget is remembered by his friends and co-stars, one memory that stands out is his commitment to finding a cure for scleroderma, a rare disease for which Saget was the most high-profile advocate.

Saget, 65, died unexpectedly Jan. 9, on what would have been the 75th birthday of his late sister, Gay.

She had scleroderma, which fueled Saget's longtime quest to find a cure for the disease, according to Deann Wright, a board member of the Scleroderma Research Foundation (SRF), of which Saget was also a board member.

"Bob felt that his sister did not have a good medical experience. It was hard for her to get diagnosed, which was much more common in those days, in the 90s, and there were fewer options and there was less understanding," Wright told "Good Morning America." "It did motivate him a lot to try to bring awareness to the disease and to help drive research and awareness to make sure that that didn't happen again."

SEE ALSO: Jimmy Kimmel gets emotional in tribute to Bob Saget: 'He was the sweetest man'
EMBED More News Videos

Jimmy Kimmel took time out at the top of "Jimmy Kimmel Live!" to remember his friend and fellow comedian Bob Saget.

In a post shared by the foundation on Jan. 9, prior to Saget's death, the "Full House" star wrote about his passion for the cause.

"My heart goes out to all who have lost a loved one to this disease," Saget wrote. "No one should have to suffer as Gay did, which is why I'm committed to finding a cure and a proud board member of the Scleroderma Research Foundation."

Wright, chair of the foundation's research committee, remembered Saget as not just a celebrity advocate for the disease, but as a "rock" who supported every member of the foundation's board and staff and who gave a voice to people living with scleroderma, an autoimmune disease that causes inflammation in the skin and body.

"We're a very small organization, so individuals can have a huge impact, and Bob was certainly one of those people," Wright said, adding that Saget's generosity inspired donors and researchers to join the cause. "Bob was so generous, and when someone gives so freely of their time and their talent and their compassion and goodwill, it sets the tone, and others who have that inclination are really ready to join in." 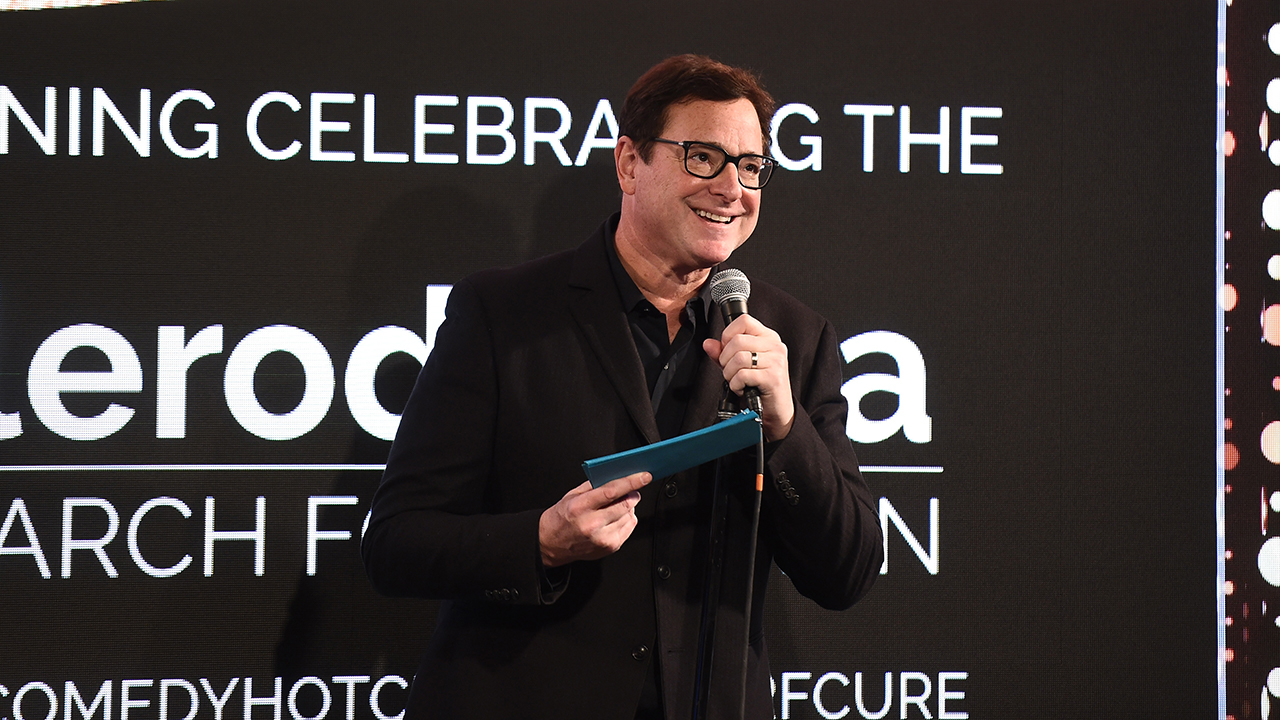 "As a community with a life-threatening, rare disease, we face a lot of losses, and he was always there for people," she said. "And he was always willing to lend his shoulder."

Saget, who was on a comedy tour in Florida when he died, also found a way to bring humor to hard times and loss, according to Wright, who knew the actor for over 20 years.

"Bob really had a super deep understanding of how humor could help you get through the worst times of your life," she said. "He always was ready with a different way to see things and a different way to use his humor in a really gentle way to help out."

Saget participated in a comedy benefit for the Scleroderma Research Foundation more than 30 years ago, before his sister was even diagnosed with the disease, after he was asked by the foundation's founder, according to Wright.

After his sister's death, Saget headlined the Cool Comedy, Hot Cuisine fundraiser, recruiting his famous comedian friends and world-famous chefs to join him. The event has since raised over $25 million for research, according to Wright.

Comedian and actor Bob Saget, who was most known for his role as Danny Tanner in "Full House," died on Sunday at a hotel in Orlando, according to authorities.

"He was in it for the long haul," Wright said of Saget. "Bob cared so passionately, and he really cared about this cause and just saw it as his legacy, really."

"We just never thought that we were going to lose him in this soon," she said.

What to know about scleroderma

Scleroderma has no known cause and no cure.

Experts believe the disease -- which affects around 300,000 Americans -- may be caused by a combination of several factors, including hormone changes, immune system problems, environmental triggers and genetics, according to Wright.

The inflammation caused by the disease leads to patches of tight, hard skin and can affect the areas just under the skin, according to the National Institutes of Health.

The more severe type of the disease, systemic scleroderma, can also damage blood vessels and internal organs such as the heart and lungs, according to the NIH.

An autopsy on Bob Saget was performed Monday and while the full results could take months, the sheriff's office is detailing the conditions in which the comedian was found.

The type and severity of symptoms varies from person to person.

Although scleroderma can affect people of all ages and backgrounds, it is a disease that predominantly impacts women. Around 80% of people with the disease are women. The disease often begins between the ages of 30 and 50, and it can also impact African Americans more severely, according to the Scleroderma Research Foundation.

The disease is often diagnosed through a combination of a physical examination by a doctor and blood testing.

Symptoms can range from weight loss and joint pain to fatigue, stiffness in the hands and feet, shortness of breath, cough and cold sensitivity.

And though there is not yet a cure, research completed over the past several decades has led to more treatment options for patients with scleroderma.