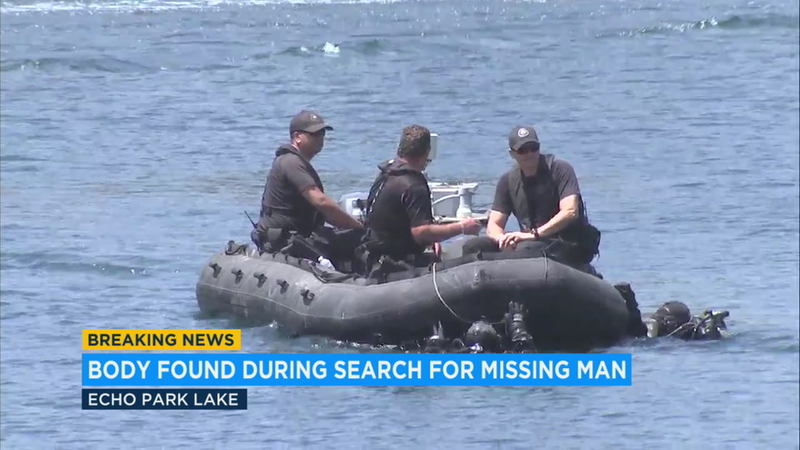 ECHO PARK, LOS ANGELES (KABC) -- A body was found in Echo Park Lake Thursday afternoon amid a search for a possible drowning victim.

Police said they believe the body is of a 23-year-old man who was reported missing earlier in the morning following the capsizing of a boat.

Detectives say the victim and his cousin somehow gained access to one of the boats at the lake after 3 a.m.

Once on the water they say one of the men stood up, causing the boat to capsize.

The victim's cousin made it out of the water screaming for someone to help his relative who could not swim.

By the time police arrived and a dive team entered the water it was too late.

People in two other boats at the time initially told authorities they thought the young man made it out of the water along with his cousin.

Authorities responded around 3:45 a.m. and launched a search of the water.

By afternoon, they recovered a body. Detectives say they also located the young man's cell phone, all but confirming the identity of the victim who fell into the lake.

Investigators have broken the tragic news to the young man's family.

Detectives say alcohol may have been a factor.