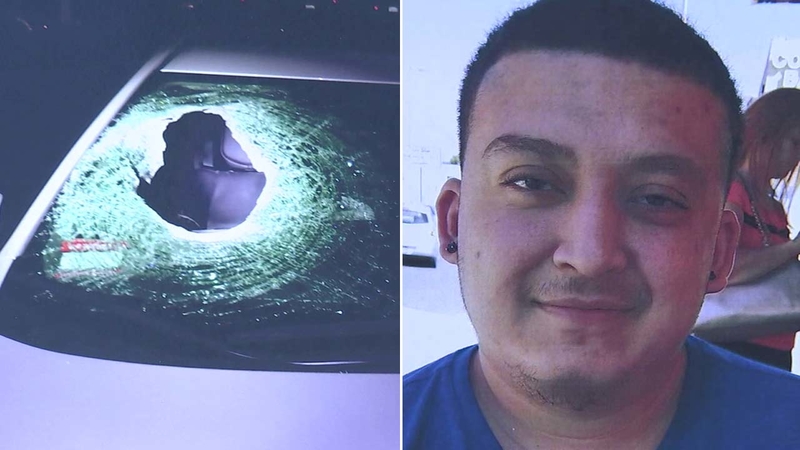 PASADENA, Calif. (KABC) -- A $20,000 reward is in the works to find whoever pushed a boulder off a Pasadena overpass, killing a 23-year-old father.

Supervisor Kathryn Barger introduced a motion to the Los Angeles County Board of Supervisors on Tuesday, asking for the reward.

Last Tuesday evening, Christopher Lopez was riding in the passenger seat as his 21-year-old wife Guadalupe Gutierrez drove their 2017 Toyota Corolla along the 134 Freeway. The couple's 4-year-old daughter Gutierrez's mother were also in the car.

As the car was passing under Orange Grove Boulevard in the westbound carpool lane, a 35-pound boulder came hurtling through the vehicle's front windshield and struck Lopez, the California Highway Patrol said.

Gutierrez immediately drove her husband to Glendale Adventist Medical Center, where emergency personnel attempted to render aid. Gutierrez succumbed to his injuries and was pronounced dead at the hospital.

Gutierrez and Lopez had recently decided to have a second child. Just two weeks ago, they found out they were expecting.

The public is asked to contact the California Highway Patrol, Altadena Area office with any information at (626) 296-8100.