A massive fire erupted at a former bank building in Boyle Heights and authorities say a person of interest is being interviewed.

BOYLE HEIGHTS, LOS ANGELES (KABC) -- A massive fire erupted at a former bank building in Boyle Heights and authorities say a person of interest is being interviewed.

The blaze was reported at around 1:30 p.m. at a vacant, single-story structure located at 1308 S. Soto St, according to the Los Angeles Fire Department.

AIR7 HD captured intense flames quickly burning through the roof of the building, sending a towering column of thick black smoke into the air. LAFD investigators said a fire in the attic quickly spread throughout the vacant building, which was mostly boarded up.

Los Angeles firefighters worked for almost two hours to fully put out the blaze. One firefighter was reportedly being evaluated at the scene for minor injuries.

No evacuation orders were issued, according to authorities.

Drivers, however, were urged to seek alternate routes as Soto Street between Olympic Boulevard and 8th Street was completely shut down. 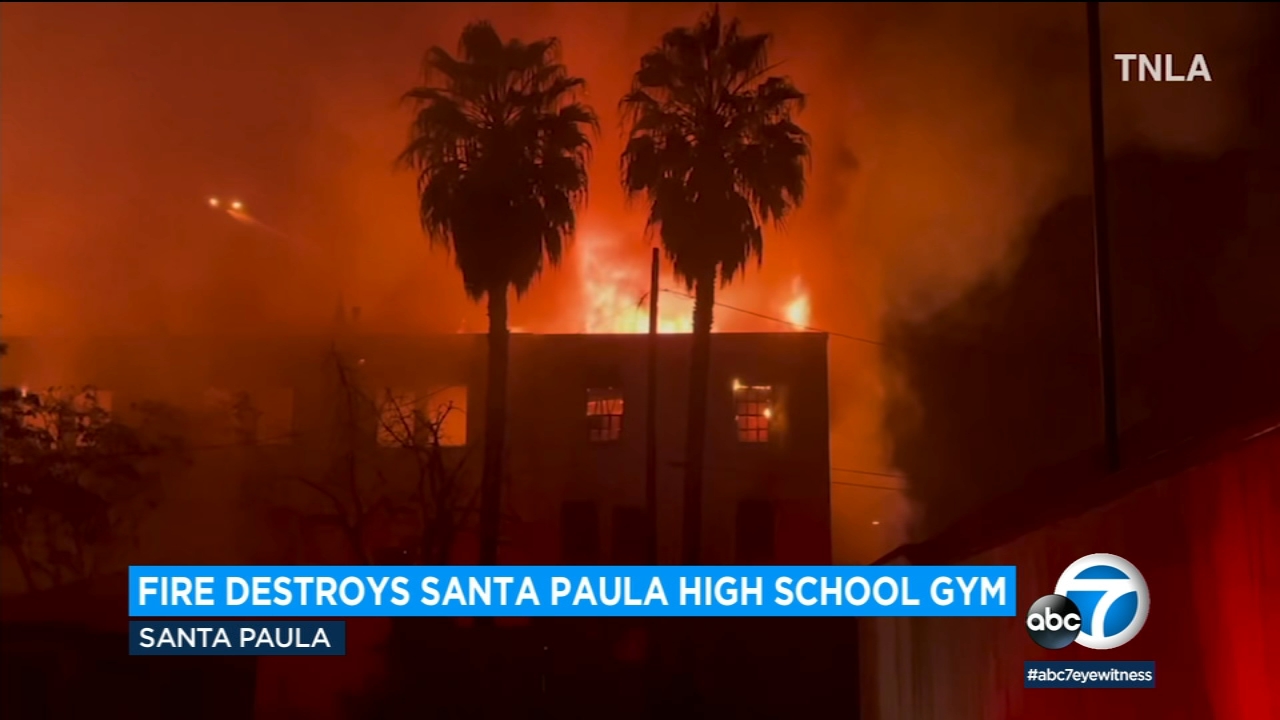 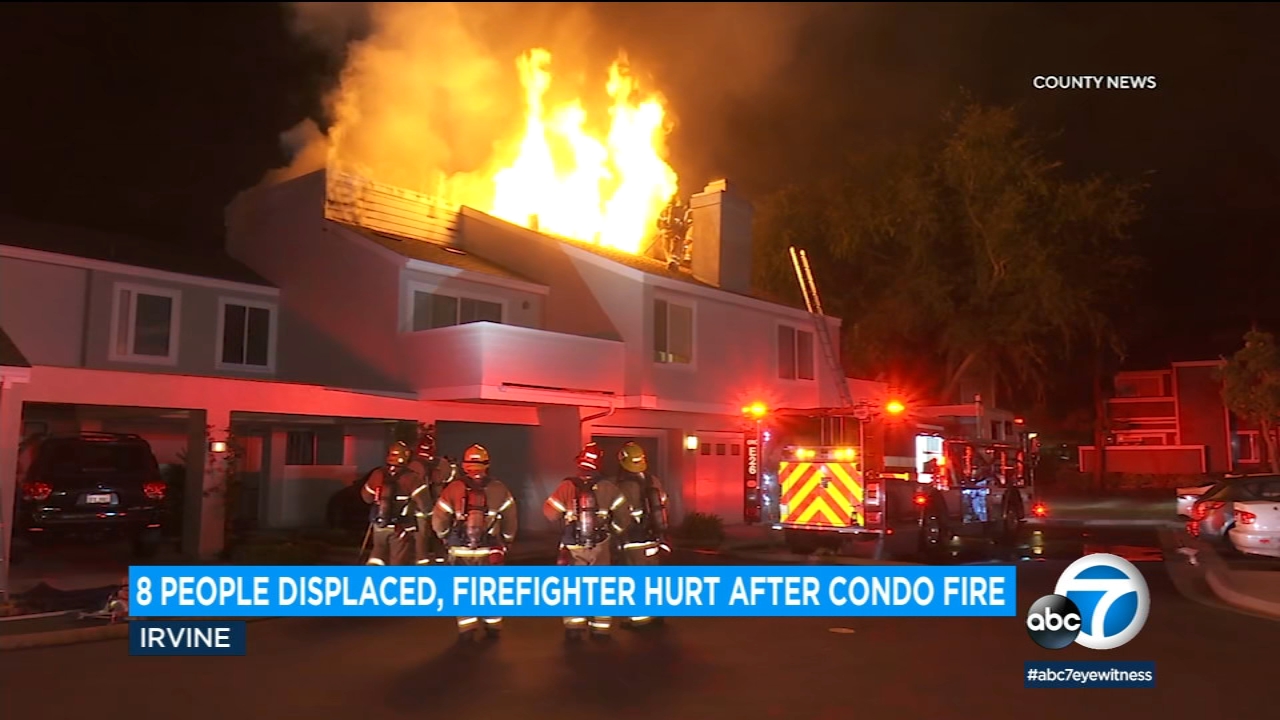 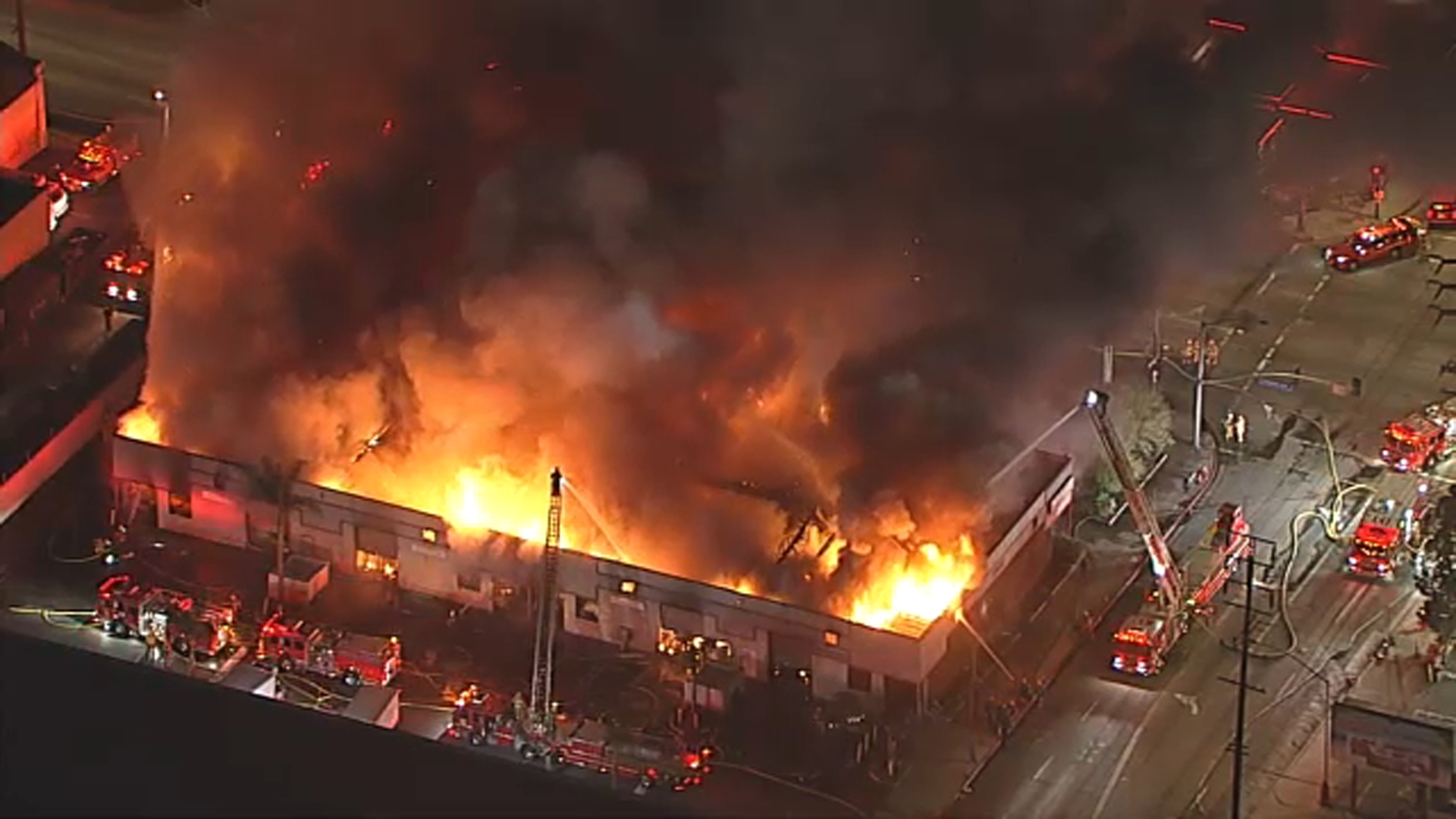 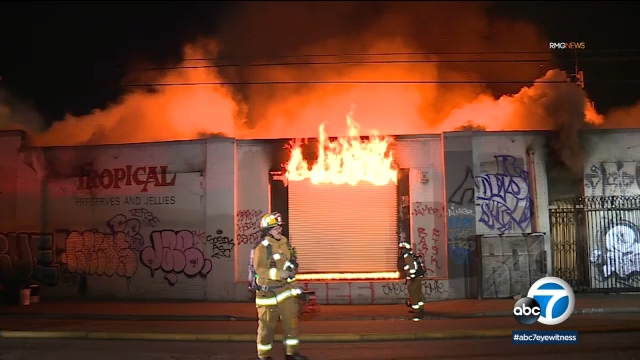