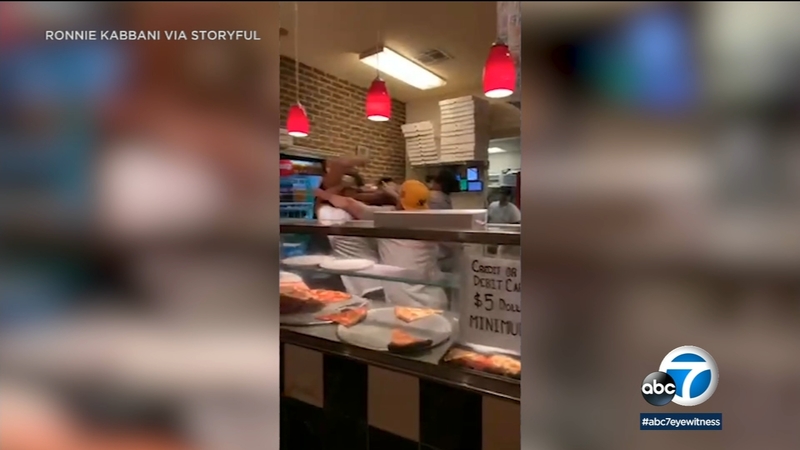 BROOKLYN, NY (KABC) -- A chaotic brawl at a Brooklyn pizza parlor was caught on camera.

An incident that apparently began as an argument soon led to swinging fists and quickly escalated to kitchen utensils being used as weapons.

At one point someone was put in a chokehold. A person was later seen getting his shirt ripped off.

As this was happening, customers were overheard wondering about their orders.

"I'm still waiting for my pizza, by the way," one man said.

Replied another customer: "You're not getting it."

Police say a restaurant worker was treated at a hospital for facial injuries.

A customer was arrested and charged with assault.