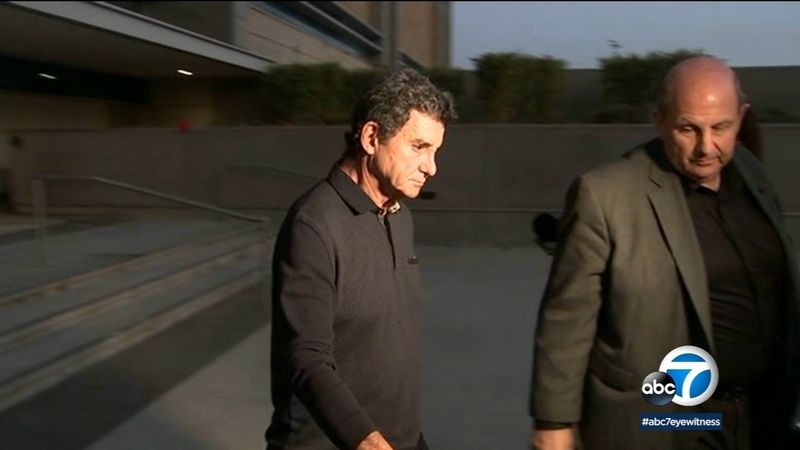 Hensel, 71, was taken into custody about 10:15 a.m. by investigators from the Los Angeles Police Department's Juvenile Division, a spokesperson for the agency said. He was released later in the day after posting $5,000 bail.

He was seen leaving the Metropolitan Detention Center in downtown L.A., where he dodged questions from Eyewitness News reporter Eileen Frere and quickly scurried into a car before driving away.

In a statement, the Los Angeles County District Attorney's Office said Hensel was charged with one felony count of contact with a minor for sexual purposes.

Hensel allegedly requested the images from the daughter of an acquaintance through a messaging app on or about Aug. 4, said Deputy District Attorney Angela Brunson of the DA's Cyber Crimes Division.

Hensel's attorney, Steve Sitkoff, released the following statement: "Dr. Hensel is completely innocent of the charge. We are cooperating with the authorities and look forward to a speedy and complete exoneration."

Items were removed from the hillside house as part of the investigation, an LAPD spokesperson said.

Hensel was a medical correspondent for KNBC for nearly three decades and had prior stints at NBC in New York and KCOP in Los Angeles. In addition to his reporting on medical issues for KNBC, he was known for answering viewer questions on the station's "Ask Dr. Bruce" segment. He won multiple Emmys for his work in addition to honors from medical organizations.

Last year he co-directed and produced a documentary about transgender relationships entitled "Beyond the Opposite Sex," which aired on Showtime.