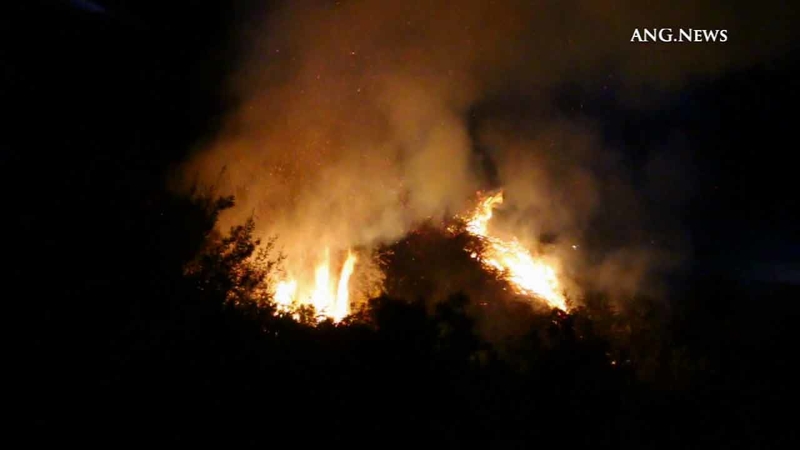 The vegetation fire erupted around 3 a.m. near the area of 100 N. Temescal Canyon Road.

Over 100 firefighters battled the blaze that scorched through 2.5 acres in less than four hours, according to the Los Angeles City Fire Department.

No structures were threatened and residents did not have to evacuate, but homeless people in the canyon were taken out of an encampment without incident.

The cause of the blaze remained under investigation, but fire officials said it is not uncommon for homeless encampments in the canyon to make warming fires this time of year.