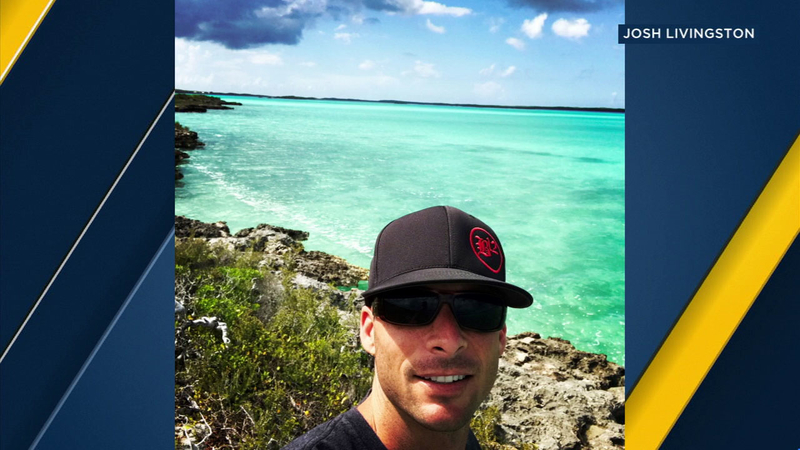 LOS ANGELES (KABC) -- A Riverside firefighter who had been celebrating his birthday in Turks and Caicos ended up stuck in his hotel room as Hurricane Irma blasted through the Caribbean islands.

Joshua Livingston, who works for Cal Fire, had been watching Irma's wrath play out on television.

"I guess I have an idea of what to expect, but there's always that part of it that you just don't know exactly what's going to happen," he said.

The Category 5 storm, later downgraded to a Category 4, had already left behind a trail of destruction in St. Thomas and leveled neighborhoods in Barbuda and St. Martin.

During the first five days of his vacation, Livingston celebrated his birthday with sunny skies and day after day of diving.

Over the next 24 to 48 hours, he'll be dining in his hotel. His room was also moved from the bottom floor to the second level.

"I do feel secure. The resort has given me food. I went and bought some food: bread, peanut butter, because they said if we lose the power, obviously, we want things that aren't going to go bad," Livingston added.

Everyone at the resort was told to stay inside.

"I honestly right now feel as prepared as I can be. I'm just kind of waiting for this thing to hit now," he said.