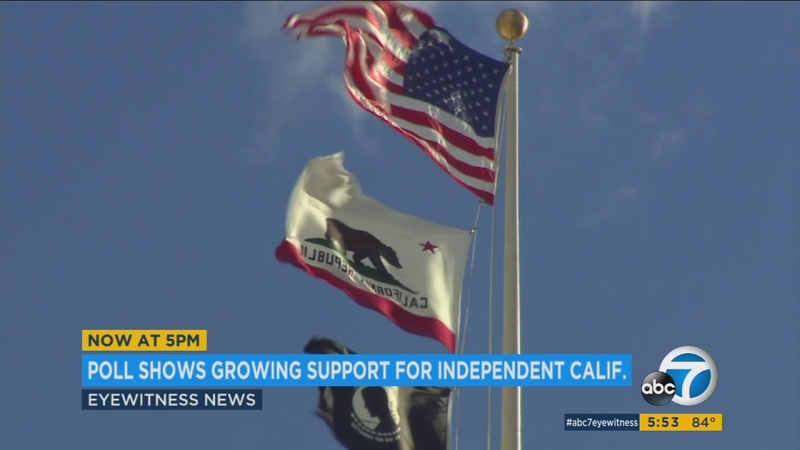 A growing number of Californians want to secede from the U.S., according to a new poll by Supporters of California Independence.

Thirty-three percent of the people surveyed were in favor of the idea, the majority of them saying they are progressives or social Democrats.

Many of the respondents were moved to their answer by the current political climate.

"About half of our supporters wanted an independent California through democratic and peaceful means before Trump, and then the other half got on board when they realized just how broken American politics have become," said Theo Slater of the California National Party.