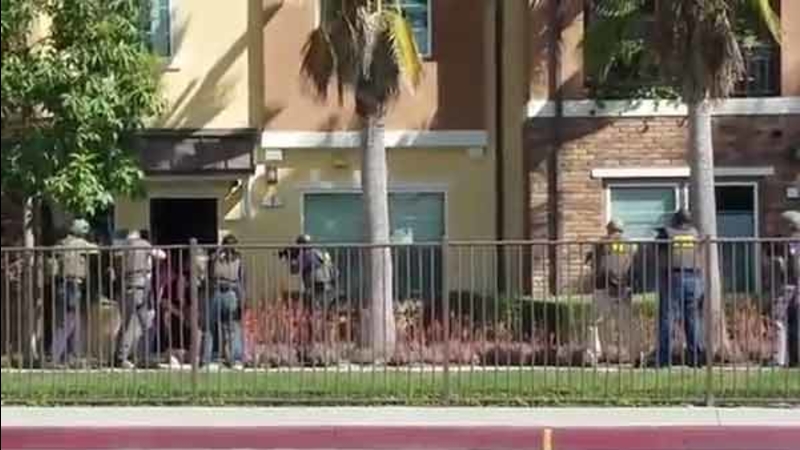 SOUTH EL MONTE, Calif. (KABC) -- Federal agents have conducted several raids in the San Gabriel Valley on Wednesday as part of a visa fraud investigation, according to officials.

Agents with the FBI and Homeland Security Investigations executed search warrants at a San Gabriel business and at two homes, one in Arcadia and one in South El Monte, according to a U.S. Immigration and Customs Enforcement spokesperson.

A federal search warrant stated an investigation into California Investment Immigration Fund, which has a business office in the San Gabriel Hilton, was launched in 2013.

"Basically we're seizing computer and documentary evidence at this point," FBI Special Agent Cathy Kramer said. "It's going to be a long ongoing investigation and further information will be forthcoming during the prosecution."

The warrant states an attorney named Victoria Chan and her father Tat Chan set up the company claiming the goal of the venture was to develop hotel, retail, and hospitality real estate projects.

The money, as part of the EB-5 visa program, was to be used to invest those funds to support legitimate businesses and create jobs. The EB-5 visa program provides a green card for those who invest $500,000 in a U.S. business that creates American jobs.

Instead of investing the money into businesses though, federal officials said California Investment Immigration Fund either refunded the investment money to the investors after taking a cut, or used it for personal expenses, such as to purchase high-end real estate.

An FBI document stated three of the investors who received green cards were on China's 100 most wanted list for crimes such as bribery.

Authorities said no charges have been filed and no arrests have been made at this time.