Assemblyman Kevin Kiley, R-Rocklin, introduced Assembly Bill 1638 that would have paused California's gas tax for half a year.
KABC
By Rob Hayes 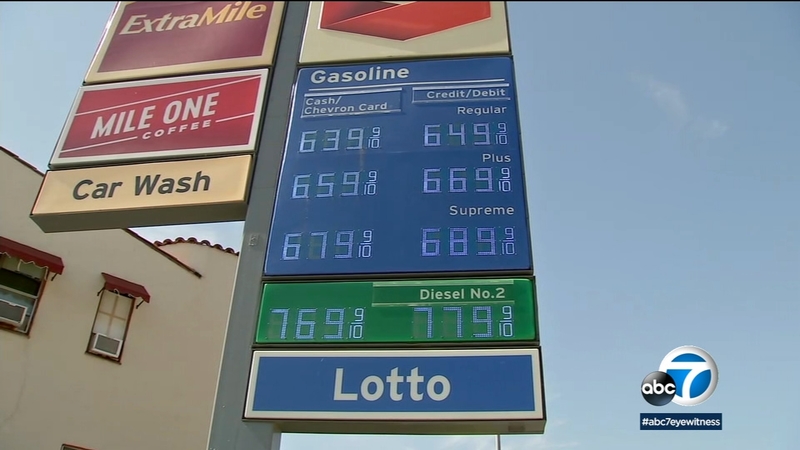 SACRAMENTO (KABC) -- An effort by California Republicans to suspend the state's gas tax - the highest in the nation - failed Monday.

Assemblyman Kevin Kiley, R-Rocklin, introduced Assembly Bill 1638 that would have paused California's gas tax for half a year, but a party line vote in Sacramento shot it down.

"We are offering the legislature the chance to be on the side of hard-working Californians by suspending the state gas tax in its entirety," Kiley said at a news conference before the vote.

The plan would have temporarily removed the 51 cent tax on every gallon of gas sold in California, which Kiley said brings in about $4 billion of funds that the state uses for transportation maintenance and construction.

"We have a $65 billion surplus here in California, so we can backfill that money," said Assembly Republican Leader James Gallagher.

The average gas tank holds 14 gallons and so pausing the tax would save the average driver $7.14 with every fill-up.

Earlier this year, Gov. Gavin Newsom pitched the idea of suspending July's upcoming gas tax increase, expected to be about 3 cents a gallon. Last week in his State of the State address, Newsom suggested keeping the gas tax in place, but reimbursing individual Californians through rebate checks.

"I'll be submitting a proposal to put money back in the pockets of Californians to address rising gas prices," Newsom said in the address.

When asked on Monday about the Republican idea to temporarily halt the whole gas tax, Erin Mellon, Newsom's communications director wrote, "the Republican's proposal can be manipulated to help line the pockets of petro-dictators and oil companies who are benefiting from the spike in oil prices across the world. The governor has proposed a tax rebate to provide billions in direct relief to Californians who are suffering from rising gas prices across the country, a direct result of [Russia's President Vladimir Putin's] war."