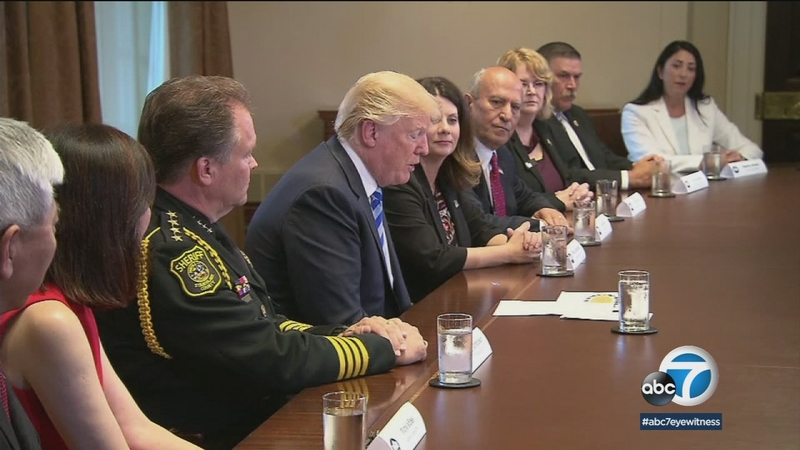 SoCal leaders opposed to sanctuary law to meet with president

The roundtable discussion started around noon at the White House.

Leaders from Orange, Riverside and San Diego counties as well as about a dozen other local leaders attended the meeting.

The mayor of Los Alamitos also attended. The city's move to officially oppose the law sparked other cities to do the same.

Some families in Los Alamitos are challenging the city after leaders voted to opt out of California's sanctuary state law.

The city and county leaders and the president say the sanctuary state law puts community safety at risk.

"For me, as a supervisor, public safety is No. 1 and we have from January until now, we have about 338 prisoners have been released on the street. We were supposed to hand them to ICE instead of that, they're walking on the street," Orange County Supervisor Michelle Steel said.