The team became an inspirational story when they went undefeated and reached the school's first state championship game.
KABC 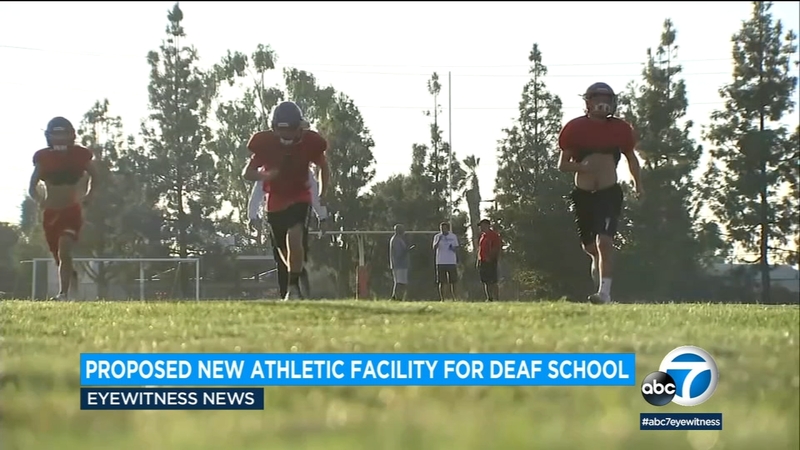 California School for the Deaf getting brand new athletic complex

RIVERSIDE, Calif. (KABC) -- The Riverside football team comprised of deaf players that garnered national attention and captured the hearts of many is getting a big gift.

As part of the governor's revised budget, Newsom proposed funding for a new athletic complex at the California School for the Deaf, which includes a brand new football field.

The team became an inspirational story last fall when they went undefeated in their regular season and reached the school's first state championship game.

The Cubs went 12-1, with the only loss coming to Faith Baptist of Canoga Park in the Southern Section 8-man Division 2 final.

In February, four players attended Super Bowl LVI at SoFi Stadium and were honorary captains for the game's coin toss.

A spokesperson for the governor's office said the $43 million project consists of expanding and replacing the school's existing grass sports fields, specifically its football, track, softball, baseball, and soccer fields as well as lighting, bleachers, and other facilities.

Construction is set to begin in January 2025 and is expected to be completed by May 2026.