Nationwide, more than 2,000 square miles have burned so far this year, according to the National Interagency Fire Center.
KABC
By Amy Powell 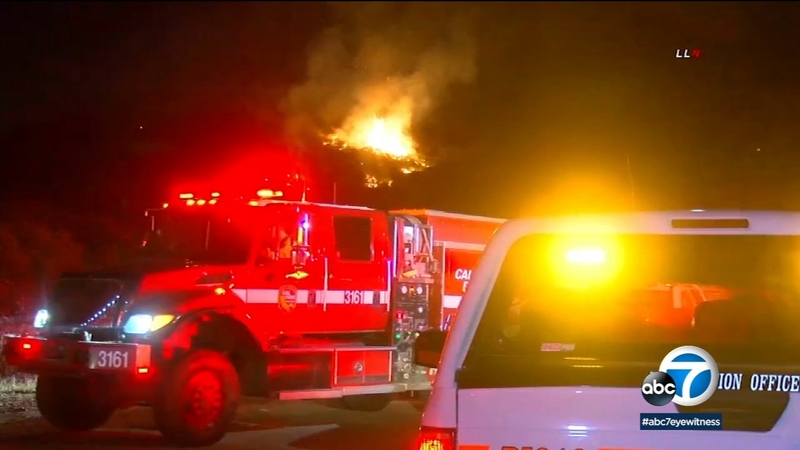 LAGUNA NIGUEL, Calif. (KABC) -- The combination of hot weather and a lack of rainfall that's been leaving hillsides in valley areas covered with dry vegetation is raising concerns about the increasing danger of wildfires.

Late Saturday night, crews in Riverside County were still working to knock down a brush fire that broke out in the Lake Elsinore area.

According to a tweet posted by CAL FIRE and the Riverside County Fire Department, the fire spanned acres as of Saturday night and was burning along Main Divide Road.

No structures were threatened.

Another brush fire earlier this week in Laguna Niguel caused devastation after strong winds quickly pushed the flames toward residential areas, causing the fire to rage.

The fire destroyed 20 homes and damaged nearly a dozen others. Mandatory evacuation orders remain in place.

Residents of a Laguna Niguel community evacuated during the Coastal Fire got a firsthand look at the destruction left behind, as one man gets reunited with a priceless photo saved from the flames.

"I live here in the Valley and we've been evacuated a few times," said Lorraine Diaz of Sylmar. "That's why I like it now. It's not windy because when it gets windy, that's when it gets worrying."

Nationwide, more than 2,000 square miles have burned so far this year - the most at this point since 2018, according to the National Interagency Fire Center. Predictions for the rest of the spring do not bode well for the West, with the drought and warmer weather brought on by climate change worsening wildfire danger.

Even small fires that once would have been easily contained are extreme threats to life and property because of climate change, said Brian Fennessy, chief of the Orange County Fire Authority.

Electric utility equipment has repeatedly been linked to starting some of the most disastrous California wildfires, especially during windy weather.

The state Public Utilities Commission last year approved a settlement of more than half a billion dollars in fines and penalties for SoCal Edison for its role in five wildfires in 2017 and 2018.