The Modern Warfare 2 artwork is made with 90,000 square feet of military grade parachute material.
KABC
By Jaysha Patel 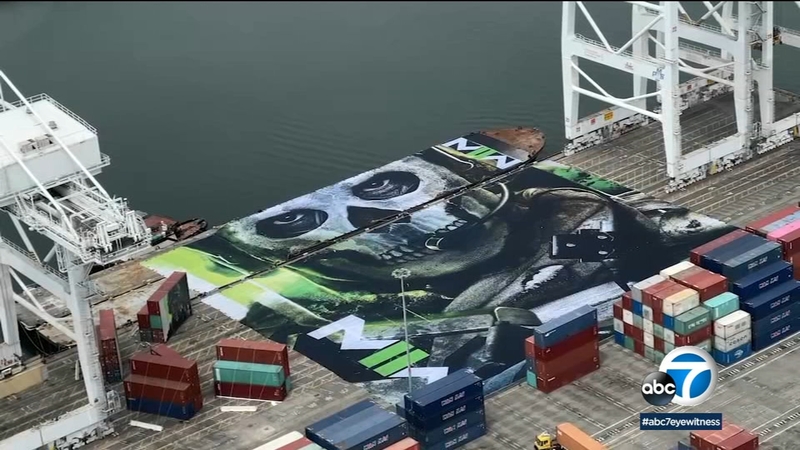 In anticipation of the big release, the Call of Duty team released the cover art at the Port of Long Beach.

The artwork is made with 90,000 square feet of military grade parachute material which is equivalent to about 130 parachutes.

"We're actually going to be taking the materials and upcycling them into collectables for later on this year,' said Carolyn Wang who works with Activision.

The team says it was not easy to put the artwork at the port.

"As you can see this is a live, working port behind us and it's something we need to be respectful of what they're doing, while still wanting to be here and do this stunt. So, it's been a lot of fun to figure out but definitely a lot of planning and even on the artwork itself, it's so large we started printing three weeks ago," Wang said.

The Call of Duty marketing team decided go big or go home. They wanted to create such a big campaign you might be able to see it from space.

"We're actually working on getting satellite photography of it. It's going to be that large and viewable," Wang said.

Fans may notice some familiar characters on the artwork like Simon "Ghost" Riley.