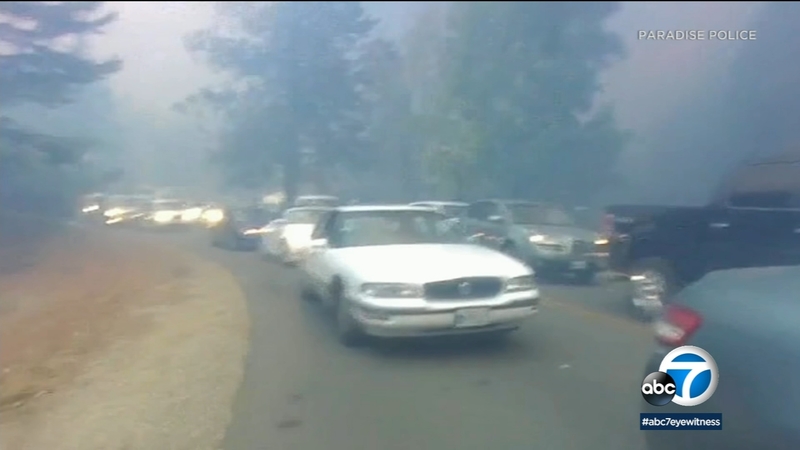 In the video, officers can be seen trying to explain to people what's going on as traffic out of Paradise gets backed up.

The officers can also be seen helping evacuate large facilities like hospitals.

Officials say they're releasing video now to urge everyone to get ready and plan for the upcoming fire season, and evacuate early if they ever need to.

Butte County Sheriff's Deputy Aaron Parmley thought he was capturing the last moments of his life.