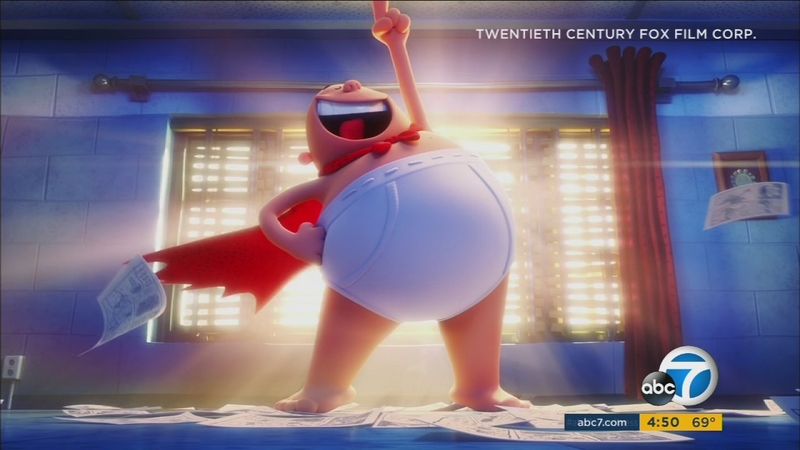 LOS ANGELES (KABC) -- "Captain Underpants" is a new animated film based on a popular series of children's novels.

That series includes 12 books that have sold more than 50 million copies in the U.S. and more than 70 million worldwide.

Now, the "Captain," along with George, Harold and Professor Poopypants have made it to the big screen.

Kevin Hart, whose comedy is often rated R, is the voice of George in this PG-rated movie.

"There's a variety of people in the world so the goal is to appeal to them all, you know, regardless of race, shape or color or age," said Hart. "So anything that I can do to put me in that position, I jump at it. This is something that was a no-brainer for me."

The two young pranksters hypnotize their principal, voiced by Ed Helms, convincing him he's a superhero of sorts.

"There are beautiful, poignant themes to these stories - friendship, creativity, taking responsibility for your actions," said Helms. "And then, of course, "Captain Underpants" is just so positive. He is such a happy, joyful energy."