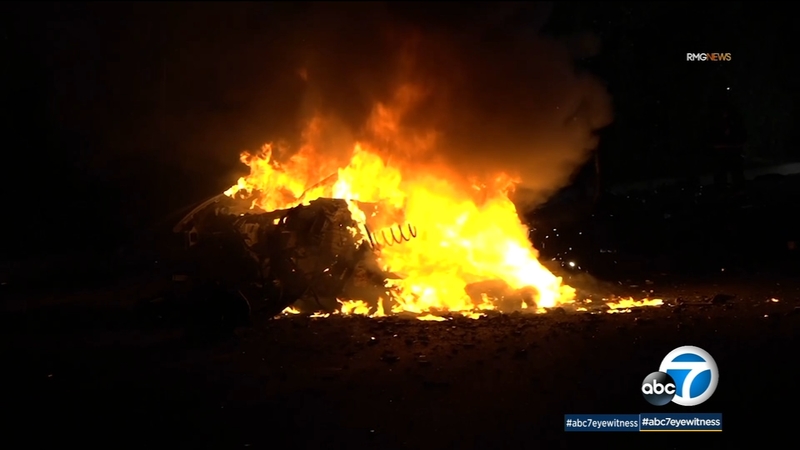 The single-vehicle collision happened just after 1:30 a.m. near Westlake Boulevard and Skelton Canyon Circle. The initial investigation revealed the vehicle was traveling south on Westlake Boulevard when the car appeared to leave the roadway and collide with a tree in the center median.

The force of the crash caused the car to rip in half and was found by Ventura County sheriff's deputies engulfed in flames.

Both occupants were pronounced dead at the scene by the Ventura County Fire Department.

The identity of the occupants is pending notification of next of kin by the Ventura County Medical Examiner's Office.

Westlake Boulevard remained shut down in both directions Sunday morning.