Man believed to have set BMW on fire in DTLA now in custody, police say

The man, who police believe is homeless, was caught on video putting an object underneath the car before it went up in flames.
KABC 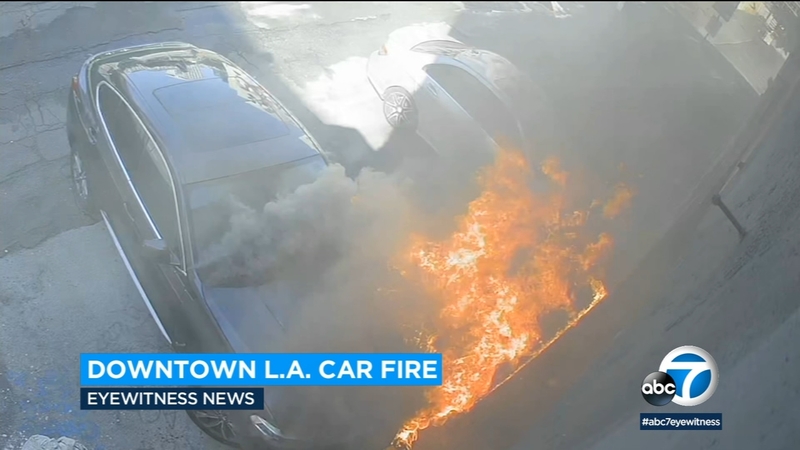 Man believed to have set car on fire in DTLA in custody, police say

DOWNTOWN LOS ANGELES (KABC) -- A man who authorities believe may have set a BMW on fire in downtown Los Angeles was taken into custody Monday afternoon.

The man, who police believe is homeless, was caught on surveillance video putting an object underneath a car parked on Grand Avenue near Olympic Boulevard and walking away.

The call made to firefighters first went out as a building fire, but crews said the building was never damaged.